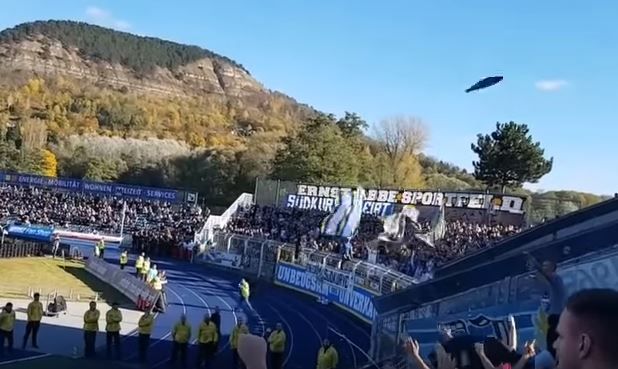 Hansa Rostock visited Carl Zeiss Jena for a match in the German third division last weekend, and their fans were kind enough to bring gifts for the home supporters. Dead fish. Which they promptly threw in their general direction.

Though the fish were thrown in good fun, the DFB is investigating the incident, according to Bavarian Football Works, despite Jena not making a fuss about it (the home side also won 1-0, so they were in a good mood, regardless).

On the 280-mile journey home, Hansa supporters might have regretted throwing the fish instead of frying them up for a nice meal, though.