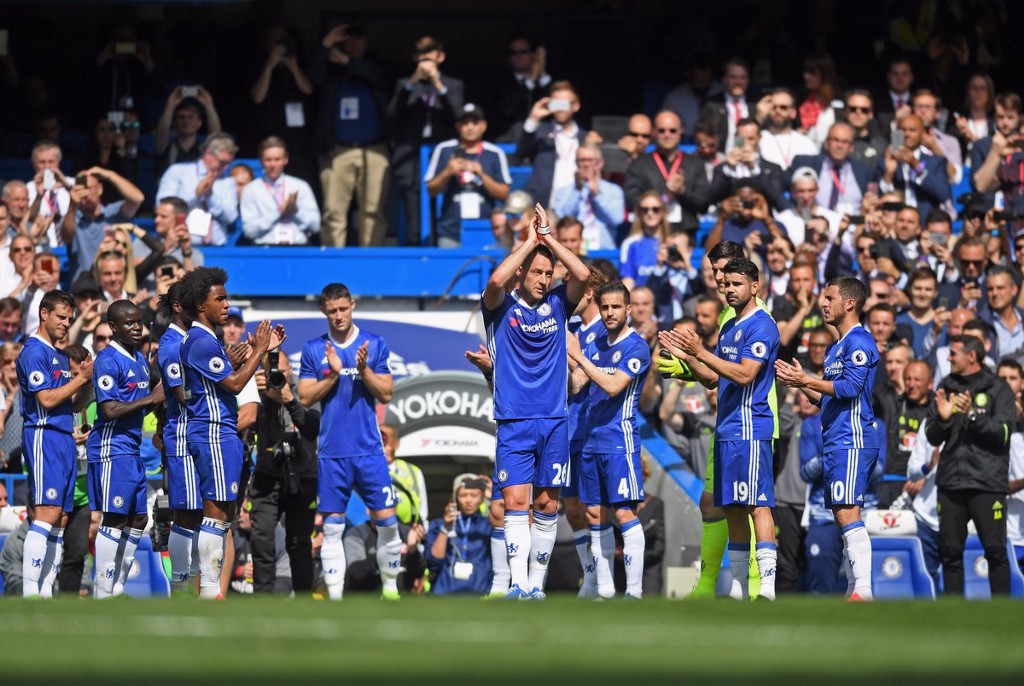 Chelsea’s final match of the Premier League season meant absolutely nothing. They had already wrapped up the title for the second time in three years, rebounding from a shocking 10th-place finish last season, and their opponents, Sunderland, were bottom of the table and couldn’t have been more relegated.

So, in the 26th minute of this completely meaningless preamble to Chelsea being presented with the trophy, Sunderland played the ball out and №26 John Terry, the most successful captain in Chelsea’s history, exited his final match with the club as his teammates lined up to give him a guard of honor before he was replaced by new captain Gary Cahill.

It was later revealed that Terry himself came up with this choreography and Sunderland manager David Moyes agreed to it before the match, but a little more planning probably should’ve gone into it since it took until the 28th minute for the substitution to actually take place. Chelsea went on to win 5–1 and, for them, the day couldn’t have been more perfect. They became the first top-flight club to get 30 wins in a 38-game season, Spurs finished with a club record 86 points and still finished seven points behind the Blues with Hugo Lloris conceding a goal in a 7–1 win to give the Golden Glove award to Thibaut Courtois, and Arsenal finished fifth—outside of Champions League qualification for the first time in 19 years.

But the Terry moment was what everyone fixated on. To Chelsea fans, it was a deserved and emotional send-off, and to everyone else, it was an insult to the game and an affront on common decency.

This made it the perfect way for John Terry to end his Chelsea career, over which he has endeared himself to supporters and repulsed everyone else in equal measure. An understated and conventional farewell would’ve been totally wrong for someone who has lifted more trophies over his 19 seasons than his club had in 93 years of existence before he joined the team and been stripped of the England captaincy not once, but twice.

To fixate on whether it was right or wrong is to miss the transcendence of this ending to one of the Premier League’s most enduring one-man morality plays. In John Terry’s final moments on the pitch at Stamford Bridge, he reminded supporters why they love him and everyone else why they hate him. He even managed to squeeze in one last FA investigation. Incredible.