When Kaka cries, the world cries too 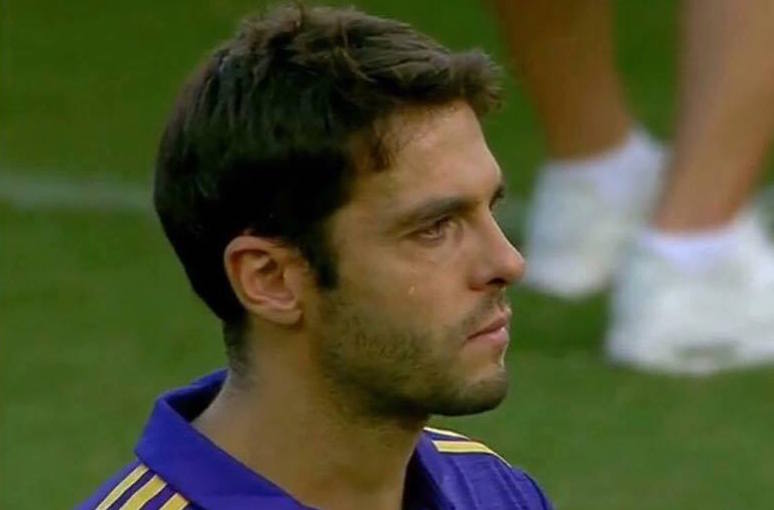 In the lead-up to Orlando City’s final home match of the season, Kaka announced that it would be his last with the club. Though he didn’t say that it would mark the end of his playing career, his thoroughly depressing comments made it sound like it very well could.

Kaka told Globo Esporte: “I don’t feel joy in playing football any more, as I feel pain every time I finish a match.

“My body doesn’t deal with it very well now and at the age of 35 it is very difficult to recover every time.”

So with those words floating in the ether, the day arrived and the tears quickly followed.

Seeing Kaka cry is like hearing a puppy whimper. It hurts the soul. At this point, if I was in charge of things, I would’ve said “OK, this is too sad. Everyone go home and we’ll try again another day.” But the match went ahead and Orlando lost to the Columbus Crew (whose fans would soon learn that the club’s duplicitous owner wants to move the Crew to Texas, making this whole thing 1,000 times sadder in hindsight).

After the final whistle, Kaka said a few words, which brought more tears.

And in the stands, children cried, solidifying my position that this event was entirely too sad.

Now if you’ll excuse me, I’m going to eat ice cream until I forget this ever happened.