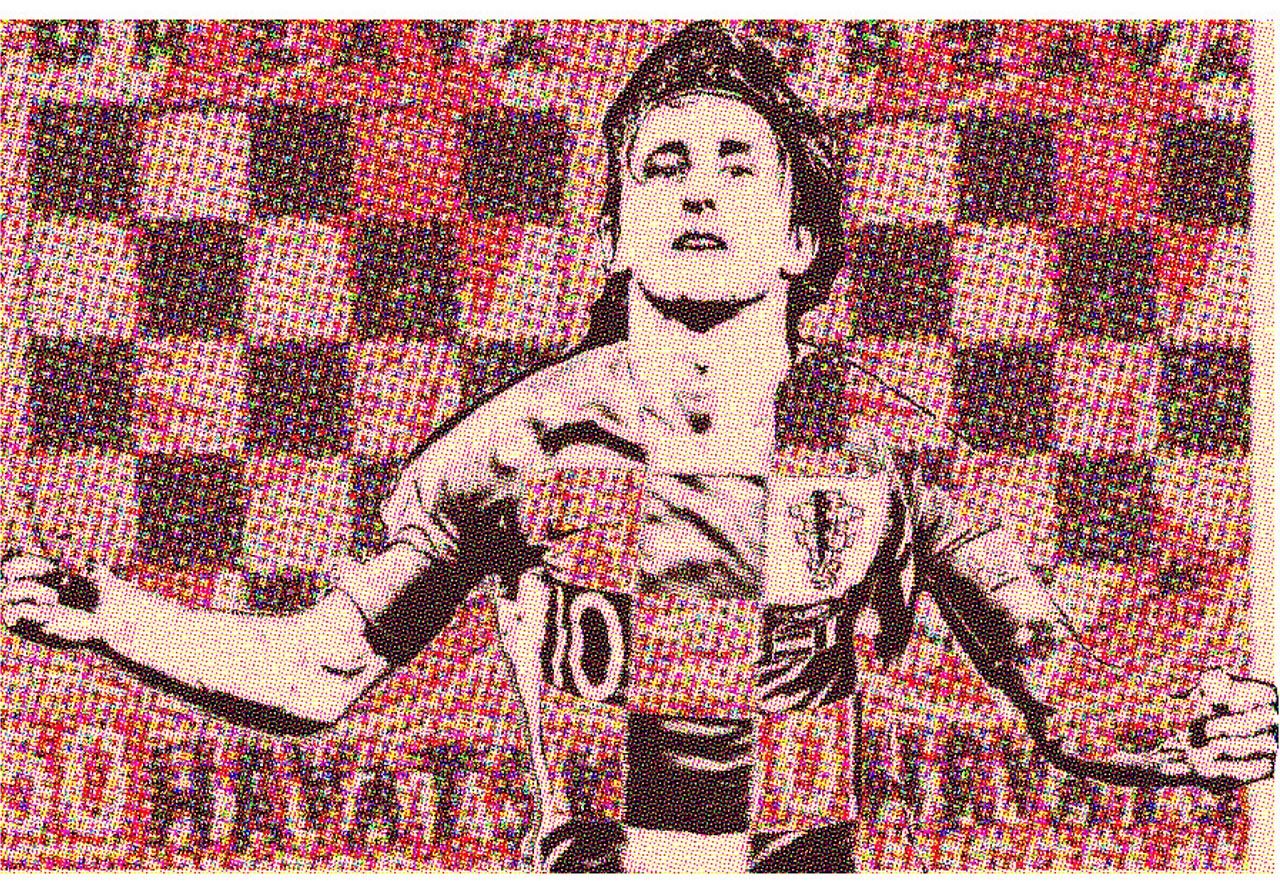 During the World Cup, Howler will feature a different writer each day offering their version of the World Cup experience. Today, instead of a review—thoughts on watching Croatia by a former pro who’s now a teacher and has always been a partial Croatian.

I’m a college professor and former professional soccer player in a Men’s World Cup summer, which is to say I have the free time and interest for properly indulging these 32 days. I’m also a quarter Croatian.

Major soccer tournament summers with Croatia are set up for me—by current occupational calendar and soccer experience—to be a mental bacchanal, a temporal rumspringa from the routine and duty of planning lectures, grading essays, looking presentable when I leave the house: aka, normal daily adult responsibilities. It’s mySummer of  Soccer!

I’m also the father of a five-year-old boy who’s most into the natural world, who in most respects takes after my wife, a woman who refers to anything with a ball simply as “The Sports.”

Kits, to my son, mean beavers or foxes more than what soccer players wear. If I wanted to talk World Cup with him, I could mention that the Kaliningrad Stadium—where Croatia and Nigeria played their first match—was built on a wetlands. Instead, the night before that match, I chose the traditional route and asked him if he wanted to select a jersey to wear. I opened the closet where I keep mine and gave him a choice of away blues: a 2004 Euro with šahovnica sleeves or a 2006 World Cup Marko Babić (my paternal grandmother’s maiden name) #8.

His choice: None of the above; rather, a green jersey with a python wrapped around a black-and-white soccer ball. I’d worn that jersey (the Portland Pythons) for my first professional indoor soccer game, my own realized childhood dream. Fair enough, I rationalized, this hits the spirit. (We moved it from my closet to his, where it’s still hanging.)

The next day, instead of following in fandom from the couch, my son and I in not-quite-matching away blues, the whole family hiked high above the Columbia River, among meadow grass and basalt rock. Sometime between my wife unearthing a western forest scorpion from a fallen oak and my son inadvertently spooking a nighthawk from its ground nest, the Etebo own goal rolled over the goal line. By the time we returned to our truck, Modrić had converted from the spot to secure full points.

For Croatia v Argentina, my wife and son made sure I got to watch. After all, I wanted to watch, as much for Croatia as for what Messi might do. For me, the match couldn’t have gone better; I was unreasonably happy the rest of the day, excited about the possibilities of this year’s team finishing better than the ’98 version of Vatreni (who lost to Argentina 1-3 in the group stage), where Super Slaven Bilić, Davor Šuker, et al finished third. But if I’m being honest, after the Rakitić goal and final whistle, I missed the family time a little and found myself conflicted with how to properly balance the next 24 days.

At this point, Croatia have ensured advancement from the group stage, regardless of what happens today. I’ll follow them and the World Cup to the end—probably by myself around my house: two hours alone if Croatia is playing, surreptitious glances at scores, news, and highlights if they’re not.

And on non-Croatia-match days, rather than forcing discussions about stadiums built on wetlands, I’ll more likely end up in actual Pacific Northwest wetlands, in search of frogs, beavers, and whatever else is there for us to find: my wife and son digging up mysteries while I take pictures.

Fatherhood, Football, Hrvatska: World Cup summers have it all.

Billy Merck is a Portland, Oregon-based writer who received his MFA from McNeese State University and PhD from Washington State University. He played for the Portland Pythons, Cascade Surge, Utah Freezz, Lafayette Lightning, and Louisiana Outlaws. He was 5/5 in 35-yard shootouts. In 2013, he was inducted into the Pacific University (Oregon) Athletic Hall of Fame. He spends his free time following his son through the natural areas of the Pacific Northwest and keeping an eye on West Ham United. Twitter: @billymerck