The Holy Water Scandal of the 1990 World Cup 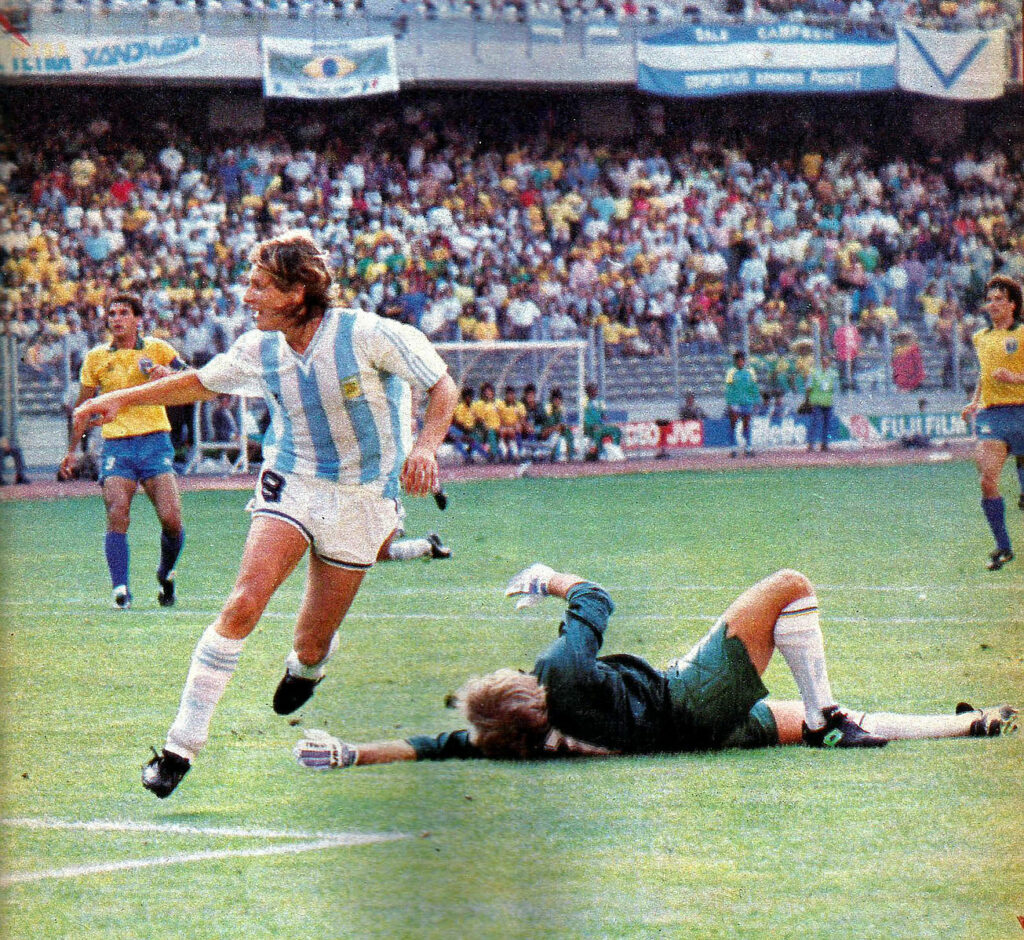 On 24 June 1990, Argentina eliminated Brazil from the World Cup, allegedly through the use of a spiked water bottle.

Although Argentina were the defending champions, they had struggled through the group stage, finishing behind Cameroon and Romania, but advanced as the highest-ranked third-place finisher. Brazil, meanwhile, topped their group, winning all three matches.

They met in the first knockout round at Turin’s Stadio Delle Alpi, where Brazilian defender Branco helped keep Diego Maradona in check. But during a pause in play, Branco drank from a water bottle handed to him by a member of the Argentinian staff. He later complained that he began feeling drowsy and was unable to keep up with Maradona, who completed a brilliant run with a pass to set up Claudio Caniggia (pictured) for the winning goal. Argentina eventually advanced all the way to the final, where they fell to West Germany 1-0.

Later, Maradona claimed that the water bottle Branco had been given was dosed with tranquilizers. Branco threatened to sue the Argentine Football Association, but they denied any knowledge of the event. Since dubbed the “holy water” scandal, it has added fuel to the already intense rivalry between the two nations.