The owner of the Portland Timbers and Portland Thorns announced this week that he was leaving Twitter. If you’re not sure what to make of that, you’re not alone. 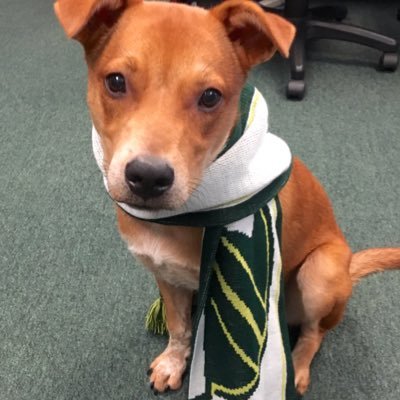 UPDATE: After this story was published, Merritt Paulson got in touch to offer a little more information about his departure from Twitter. The article was updated accordingly.

This is not an obituary for Merritt Paulson’s Twitter — in no small part because I fully expect the Portland Timbers and Thorns owner to have returned to the best/worst website by the time it’s published.

That expectation is the best sense I can give you of the @merrittpaulson experience. He said things he meant — at least in the moment, at least some of the time. He stuck by some of them and deleted others (the good ones, really). Others floated off into the ether. It was all very…well, human.

Does that sound weird to you?

Football club owners are not generally wont to engage with the public in this way. Stan Kroenke does not appear to have a Twitter account. He’s hardly unusual in that regard; on both sides of the Atlantic, you’ll find accounts pretending to be owners of clubs who have no other profile. Others owners, like Inter Miami FC chairman Marcelo Claure, maintain an anodyne presence, sharing uncontentious articles, #mondaymotivation quotes, and food pictures. “Hard rock is one of my favorite music genres,” he recently tweeted. You’d be hard pressed to say you know any of these people from their online presences.

I don’t know Merritt Paulson. It’d be foolish to claim otherwise. But his Twitter tempted readers into believing otherwise. It wasn’t always good or flattering, but it seemed less at risk of failing the Turing test than most football accounts. One didn’t suspect him of dictating tweets to a staffer. It occurs to me now that whereas other owners are referred to by their last names, it was not uncommon for soccer tweeters to speak of “Merritt.” I can’t say that he was liked on or through Twitter, but he became an acquaintance.

I don’t know why Merritt Paulson was on Twitter. It wasn’t always clear if he did either. His explanation for his departure, posted on club letterhead, offered few insights in this regard. He later told me he was on because he “largely enjoyed it.” How much better of an explanation can the rest of us offer. At some point it must have been made sense and suddenly five years have passed, you know the names of every club’s five most tendentious supporters and you can barely distinguish them from cabinet secretaries. Paulson told me that Twitter had stopped being fun for him, that it had become “toxic/trolly.” He said it felt dramatic to just quit without leaving a statement, but conceded that making a statement was also dramatic. Perhaps that’s Twitter’s epitaph: Drama if you do, drama if you don’t.

Most everyone on Soccer Twitter acts as if they’re a club owner. All they’re missing is money —  the thing ownership is made of. While Soccer Twitter’s ownership dreams won’t come true anytime soon, there’s something to its subtextual understanding of ownership as a bit of a lark. Club ownership is not the best or safest way to make more money with your existing fistfuls of money, but it’s more fun than, say, sticking your MLS expansion fee in an index fund. Club ownership, like collecting art or wine, is both a pastime and a potential profit maker. The rich have a way of getting richer — even when they’re having fun.

They sure don’t tweet like they’re having fun. One suspects it’s easier to tweet like an owner when the impossibility of signing Messi is not a practical concern, when your money isn’t on the line. CEOs and rich kids who are doing sports for fun therefore end up sounding like, well…CEOs and nervous rich kids when they run teams. This is part of the elite’s tendency to wind up aggrieved and joyless, even as they float through charmed lives. All of which helps to explain how the would-be owners of Soccer Twitter and the actual owners of MLS (and beyond, Jean-Michel Aulas notwithstanding) sound so different online. They are playing different games.

I don’t know that Merritt Paulson was having fun per se every time he beefed with a reporter or pseudonymous crank, but his Twitter never seemed joyless. It was a real-time balancing act between the imperatives of business and the impulses of a human and fan. It was not always a successful balancing act (see, again: deleted tweets) but its tensions were part of the appeal.

The most common joke about @merrittpaulson’s ostensible farewell suggested that he’d just move to an anonymous burner account. After l’Affaire Colangelo, that’s just how these things go. I wouldn’t exactly put it past him. I wouldn’t put it past him having operated a Pro/Rel burner account as a gag all these years. I do, however, know that transferring Paulson’s tweeting to just another anonymous account would change the whole experience. There are lots of us proles who tweet like we could own a club. The difference is that @merrittpaulson really did.

David Rudin is a digital editor for the Montreal Gazette and an editor-at-large for Howler Magazine. Find him on Twitter at @DavidSRudin.