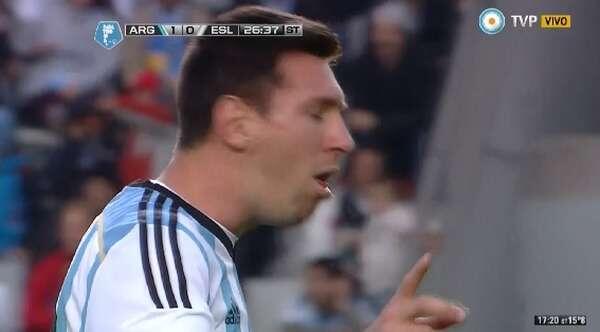 Here on Dirty Tackle, we had a long-running joke about Leo Messi’s childlike qualities. We attributed him with a love of Lego playsets and an innocence that seemed to fit both his personality and style of play. Now, Messi himself has revealed that, in reality, at least one thing about him was very childlike: his diet.

Finally explaining why he vomited during matches so many times over the years, Messi now attributes it to eating too much junk food. From ESPN FC:

“I ate badly for many years: chocolates, fizzy drinks, and everything,” Messi told La Cornisa TV. “That is what made me throw up during games. Now I look after myself better. I eat fish, meat, salads. Everything is organised and taken care of.”

Leo Messi having to be told that he can’t have pre-match meals of chocolate bars and Pepsi makes sense—far more so than his explanation for the vomiting in 2014, when he claimed “Sometimes I accelerate very fast and the change in air intake that involves causes me to heave.”

Messi puking during the match against Romania tonight: pic.twitter.com/kNquKQPXY0