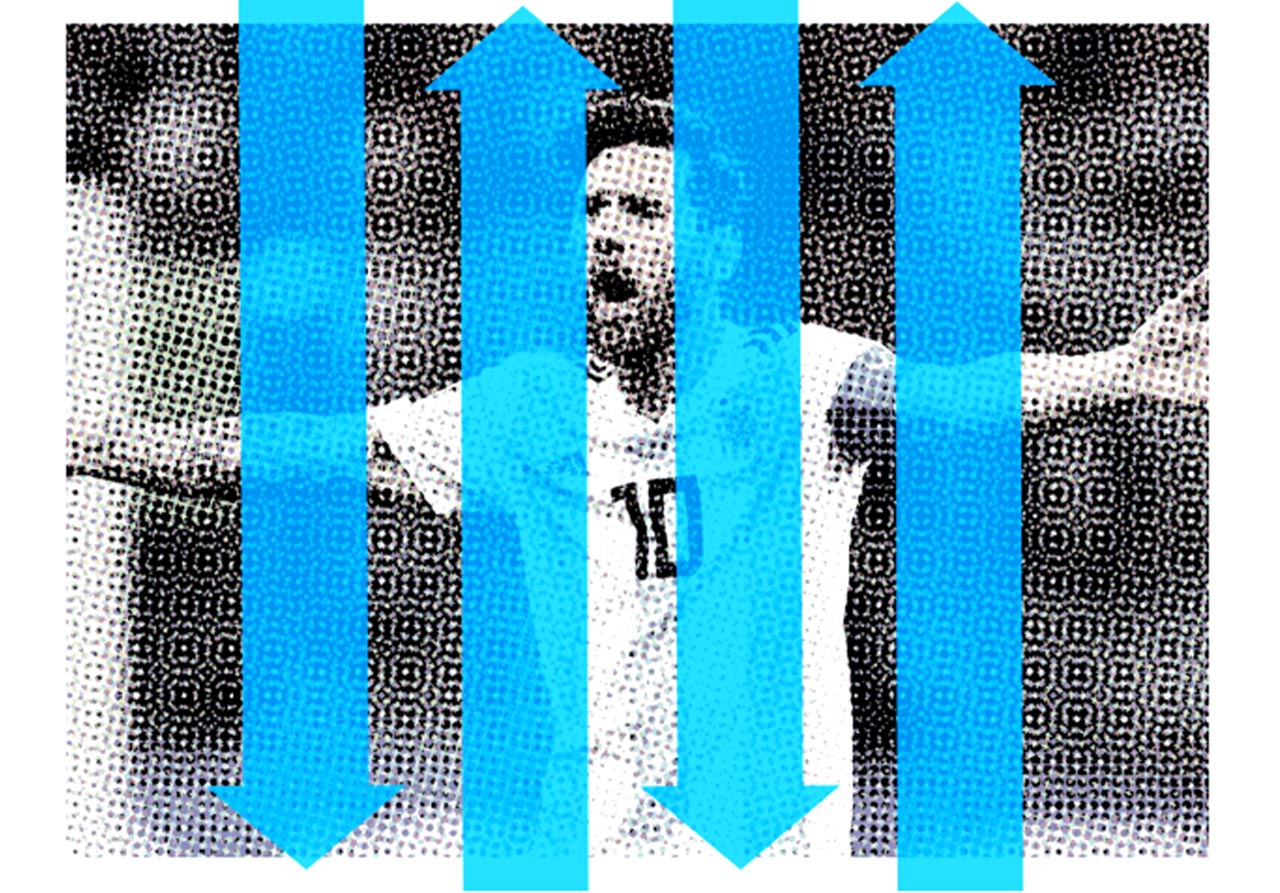 Shawn Levy wrote this during World Cup 2010 and only recently rediscovered it. It holds up nicely.

“Mark but this flea” – John Donne

A man walks into a phone booth –

with a ball at his feet

and two or three other men,

in shirts different from his,

and he does something –

more than one thing,

more than even he can know

or than can be known –

and he emerges from a second door

that only now appears,

a lampshade of hair,

squat legs that fight off socks,

an imp’s mouth, curled in jest,

eyes poking the edges of imagination,

a trick that no one has attempted yet, or sees.

can bring about tornadoes with a slap

of air a thousand miles away.

And yet here is a flea who can do more

and fewer than a dozen hope he fails.

Shawn Levy’s books include “Dolce Vita Confidential,” “Paul Newman: A Life,” “King of Comedy: The Life and Art of Jerry Lewis.” His next book, a history of the legendary Chateau Marmont hotel in West Hollywood, will be published in 2019.  He lives in Portland, Oregon, where he serves on the board of Operation Pitch Invasion.  Visit him at www.shawnlevy.com.