An incredible comeback that started with an impressive goal 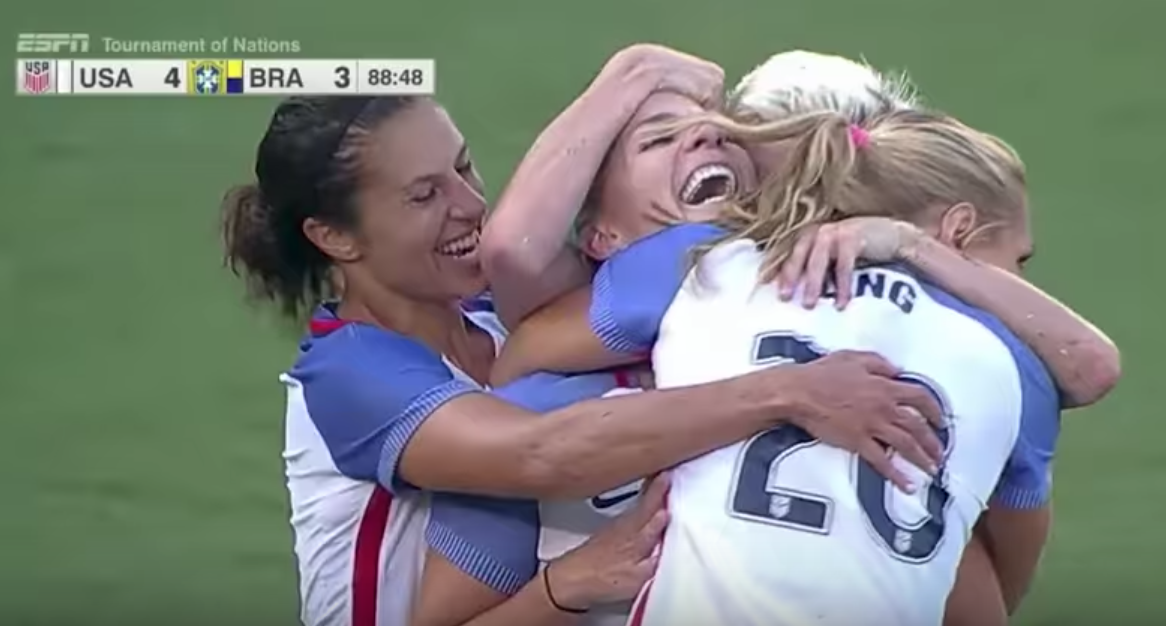 The U.S. started the Cup of (Non-European) Nations with their first ever loss to Australia. So when they then conceded to Brazil in just the second minute of their next match, things looked bleak. Sam Mewis would equalize in the 18th minute for the U.S., but Brazil regained the lead and extended it to 3-1 in the 78th minute. Game over? Not quite.

How the comeback started!

Just five minutes later, this inspired Megan Rapinoe to flash some spectacular control and score from a tight angle for her first international goal in two years.

No angle? No problem for @mpinoe.

Her first goal since June 8, 2015 is the #USAvBRA equalizer! Watch and enjoy. pic.twitter.com/Xq5ZntsJp5

And finally, Julie Ertz completed the turnaround in the 89th minute to give the U.S. a 4-3 win.

The U.S. now sit second in the Tournament of Nations table as Australia beat Japan 4-2 to remain undefeated.