When Mexico tricked El Salvador in the World Cup 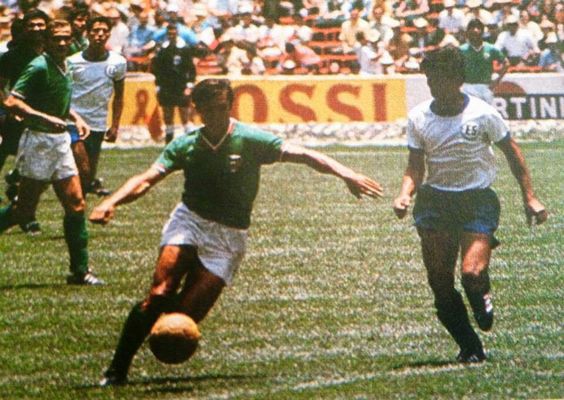 On 7 June 1970, hosts Mexico defeated El Salvador 4–0 in the World Cup group stage, using a little trickery along the way.

Just before halftime, with the match tied at 0–0, referee Ali Kandil awarded a free kick to El Salvador in their own half of the pitch. To everyone’s surprise, however, one of the Mexican players stepped up and took the kick, passing it forward to teammate Javier Valdivia, who then knocked it into the goal. El Salvador’s players protested, but Kandil allowed the goal to stand.

When the match restarted in the second half, El Salvador registered their disapproval by first refusing the kick off, then kicking the ball directly into the stands. Once the second half was underway, Valdivia quickly scored a second goal and the rout was on. Javier Fragoso extended the Mexicans’ lead to 3–0 in the 58th minute, then substitute Juan Basaguren added another in the 83rd minute, becoming the first substitute to score in a World Cup.

El Salvador finished at the bottom of Group 1 and went home. Mexico advanced to the quarterfinals, where they were eliminated by Italy.