HomehowlerA Note About the Future.

A Note About the Future. 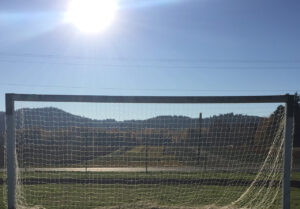 Not so long ago, George Quraishi, Howler’s founder and editor, called and asked me if I’d be willing to be the editor of the greatest soccer magazine America has ever known. He’s too humble to have called it that, but when he said “Howler,” that’s what I heard. I thought he was out of his mind, and I pretty much hung up on him.

But I came around.

The first time I saw Howler was both exhilarating and heartbreaking. Discovering that somewhere on the scattered American soccer frontier were like-minded creative souls who absorbed the game into their lives with the same bemused affection as I did came as a thrilling and life-affirming surprise.

But George had. And it was spectacular. Everything about it looked good, smelled good, read good—and in its erudite, colorful, witty genius it improved American soccer and the experience of being an American soccer fan. We’ll work hard to make sure that never changes. No more regret. Time to get to work.

Howler has been a jewel of American soccer for six years. Aaron James, Howler’s new publisher, and I are dedicated to keeping it what it has been and to seeing if we can make it something even more besides. We’ll need help, and we won’t be afraid to ask for it. If you’re reading this, you’re one of us, so you can expect us to get around to asking for a favor sooner or later. When that time comes, we hope we’ll have earned it.