“My worst experience as a professional,” said Gerard Pique

As Spanish police violently attempted to stop Catalonians from voting on a referendum for independence, injuring more than 800 people, Barcelona played Las Palmas behind closed doors at the Camp Nou in protest. According to the club, La Liga refused to postpone the match and threatened a six-point deduction Barca did not play. So, in a stadium usually filled with joyous noise, the players entered the pitch to an eerie silence.

Barcelona went on to win 3-0, preserving their perfect record in La Liga, but the victory was a hollow one.

“After what has transpired it has been my worst experience as a professional,” said a tearful Gerard Pique after the match. “It has been a tough day.”

He went on to offer to quit the Spanish national team before the 2018 World Cup if his views on independence for Catalonia posed a problem.

According to officials, 90% of those who voted in the non-binding referendum supported independence as national police violently attempted to seize ballot papers. The Spanish government has made it clear that they will not recognize the referendum, which means this fight will likely continue for the foreseeable future.

Though unrelated to the wider events of the day, there was a moment late in the match that summed up the emotions felt across Catalonia. After missing a chance on goal, Luis Suarez tore his shirt down the middle in frustration. 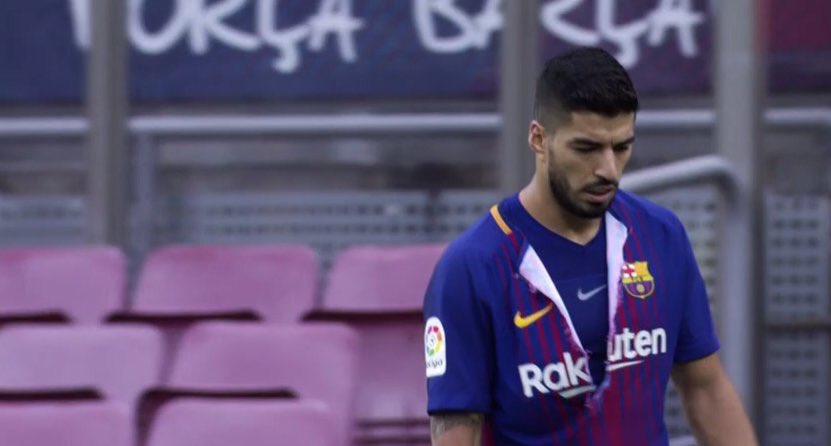 Scoreline aside, this was a day with no winners.