One down, seven to go 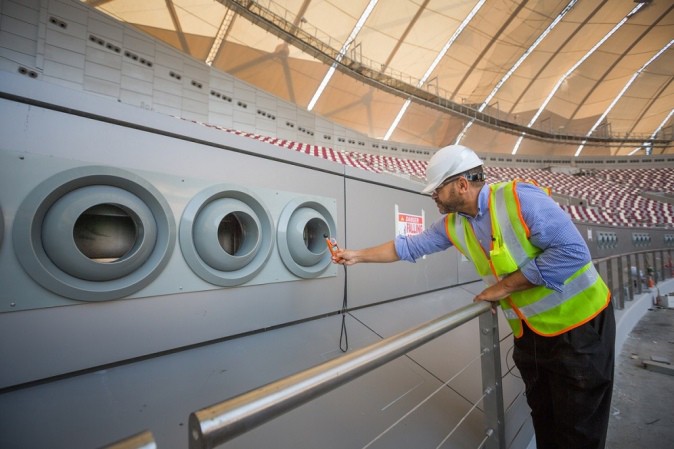 “Yep, this is 100% unethically made” (Supreme Committee for Delivery & Legacy)

Thanks to their shameful reliance on forced migrant labor, Qatar has completed one of the stadiums to be used at the 2022 World Cup. Unlike Qatar’s other stadiums, The Khalifa International Stadium already existed and was just expanded and upgraded to be the first open-air with a cooling system to prevent fans from literally melting in the Qatar heat.

Chilled water is piped to the stadium from a cooling centre about one kilometre from the stadium, then once it arrives,cold air is pushed into the stadium.

“There isn’t on earth, one open air, air-conditioned stadium,” he said.

Dr Ghani said the system at Khalifa would use up to 40 per cent less energy than other cooling methods.

The new system will get its first test on Friday when the Khalifa stadium hosts the Emir Cup final. And all it took was horrific working conditions for thousands of laborers who aren’t allowed to go home.

Of course, upgrading one existing stadium is one thing, but building six more from scratch with less than five years to go is something else entirely. Then again, Qatar has already gotten FIFA to move the World Cup to a different season in order to accommodate its harsh climate, so maybe they can get them to move it to a different year entirely in order to accommodate their unpreparedness, too.