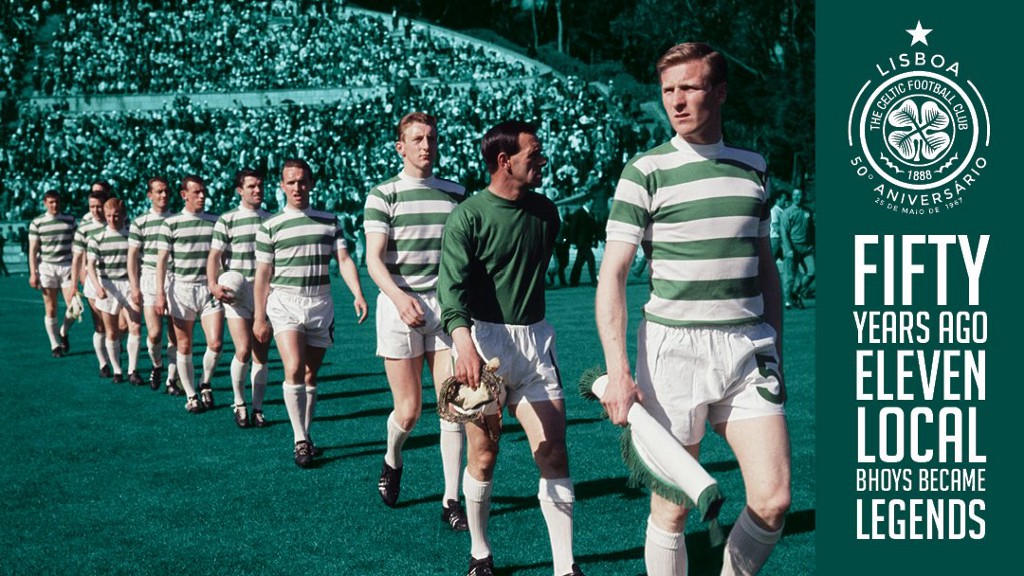 On 25 May 1967, Celtic became the first British club to win the European Cup, beating Inter 2–1 in Lisbon. Notably, 14 of Celtic’s 15 players and coaches were born within 10 miles of Celtic Park.

Inter won back-to-back European Cups in 1964 and 1965, then defeated defending champions Real Madrid in the 1967 semifinals to reach their third final in four years. Celtic, meanwhile, were in the tournament for the first time.

In just the seventh minute, the referee awarded Inter a penalty when Celtic right back Jim Craig fouled forward Renato Cappellini in the box. Sandro Mazzola converted the ensuing kick to put the Italians up 1–0, allowing them to pull back into their defensive catenaccio formation favored by manager Helenio Herrera.

And it worked, for a while. But in the 63rd minute, Craig sent the ball in for Tommy Gemmell, who beat the Inter keeper Giuliano Sarti to draw Celtic level. Then, in the 84th minute, they took the lead when Stevie Chalmers scored the winner. Afterward, manager Jock Stein delivered a not-so-veiled criticism of Inter’s defensive style, saying “We did it by playing football; pure, beautiful, inventive football. There was not a negative thought in our heads.”

Celtic returned to the final in 1970, but lost to Feyenoord. Inter made it there twice more, losing to Ajax in 1972, but beating Bayern Munich in 2010.