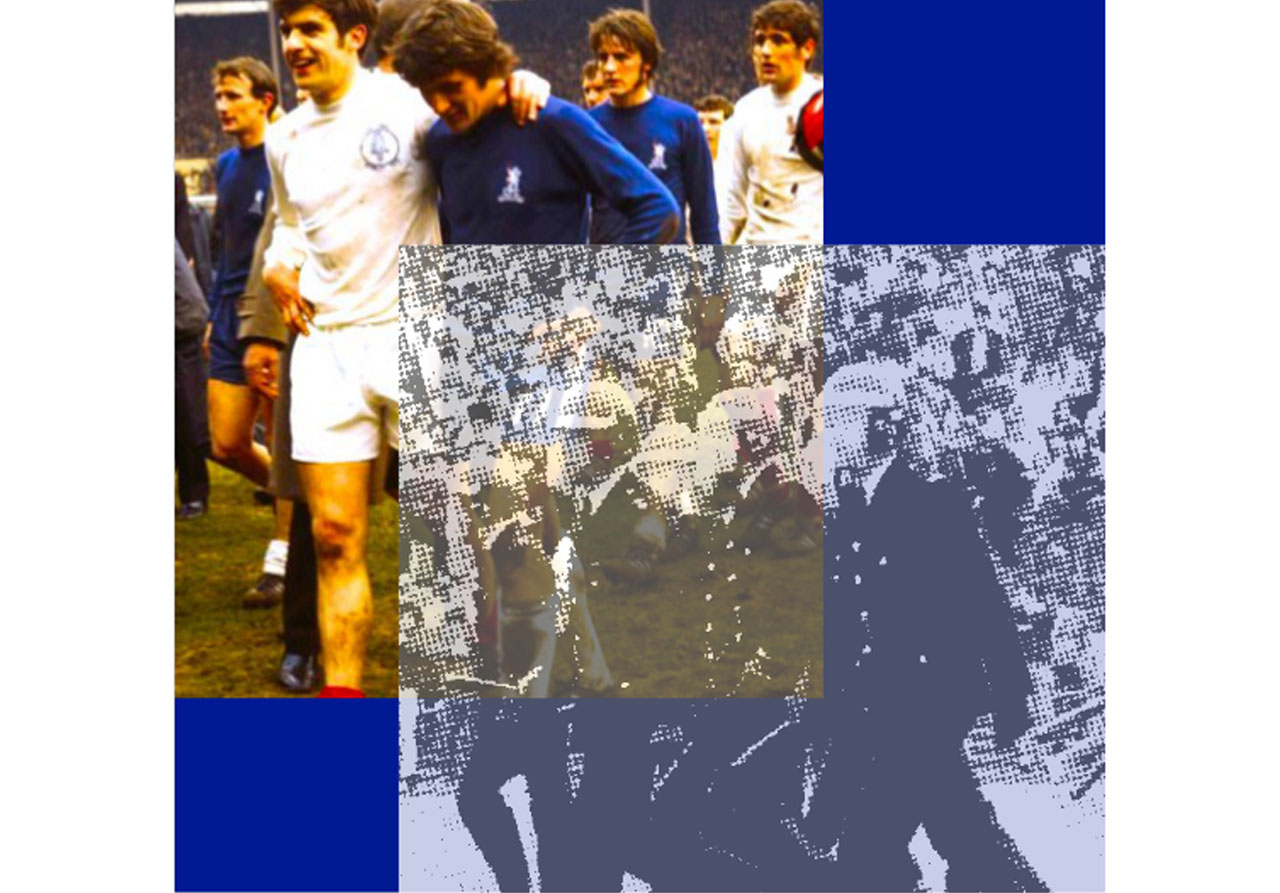 As the World Cup drifts into the past and fall and real life loom on the horizon, league football and life’s troubles drift back into view. Ed Yorkamp considers both through the lens of Leeds United memories and Leeds’ complicated present.

Beeston: a suburb of Leeds and home to high levels of depravation and Elland Road, the ground of Leeds United. In the summer of 1974, Leeds were heading to a second Football League title and on matchday the roar of the crowd drifted up the hill and lay across Beeston like a comforting blanket.

No-one in Beeston supported anyone else. Why would you? Glory-hunting supporters are a breed apart—a lower class of supporter. I’m sure that in some areas of the city there were “foreigners”—people born out of town, maybe even from the dark side of The Pennines, but in Beeston you were either born there or pretended you were—for your own protection. We had moved there when I was 11 and years later people still called me “Halifax” (my birthplace, 14 miles and half a local dialect away), always with a disparaging sneer and edged with aggression.

And therein lay the problem…for any self-respecting football hooligan in the area, the only “action” was on matchdays, because on any other day, everyone else around was supporting Leeds.

This is where the mind of a thug can sometimes surprise you. A small group of “enterprising” hooligans purchased Chelsea scarves and began prowling the streets of Beeston in a pack. They would jump out on unsuspecting, usually lone, youths (always making sure that they had vastly superior numbers) and declare, “Who do you support?”

Well I put it to you that, under the grey blanket sky that shrouded the streets of Beeston, faced with a gang of lads wearing blue Chelsea scarves, it would be difficult to state the truth. And so it was that many a youth uttered the word “Chelsea,” only to be met with jeers of derision, followed with some physical reminder of how great the Leeds United team were and that you should a) never forget it and b) never deny it.

And so it was, the “Blue Stamp Boys” managed to vent their anger and frustrated violent urges on people who were essentially their brethren.

But that’s not the end of the story. The Blue Stamp Boys became extinct not through boredom, retaliation or some strange maturing process, but as a result of a diversification of the community. As the Asian population of Beeston increased, hooligans no longer needed football as a shield for their brutality. Now you could identify differences more easily. It was still about colour but now it was the colour of your skin, not your football scarf. So the “Blue Stamp Boys” became “Paki-bashers.” A step lower down the cultural ladder; if that were possible.

Cowardice hides behind numbers and ignorance. Even today, Britain is plagued by closet racists who have been given a voice by the rise of right-wing political beliefs and the normalisation of patriotic diatribe. Beeston has not fared well. For every person who embraces diversity, there is another who smiles through gritted teeth, waiting for the revolution, when we can send all the immigrants back where they were born (unaware that almost all the “foreigners” were born here!).

And Leeds United haven’t fared any better. The words of the Leeds United anthem state, “We’ve been through it all together and we’ve had our ups and downs.” It’s only people with long memories that can remember the “ups.” Glory supporters are everywhere, but they aren’t frowned upon anymore. The natural breadth of our community offers the people of Beeston all the “them” to despise that they need.

We will be great again. With a team that reflects the cultural diversity of our island and maybe, just maybe, the happy and collective act of worshipping players from other cultures will break down some of the barriers that politics have done their worst to reinforce.

I always wonder what happened to the blue scarves.