The texts that prompted an investigation into Liverpool’s conduct 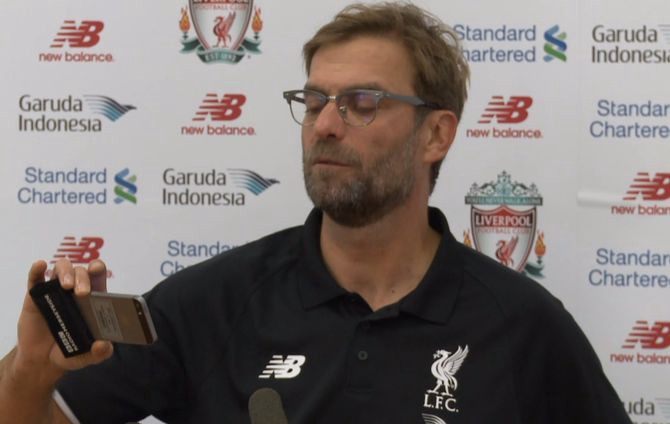 Liverpool have been forced to apologize and end their pursuit of top transfer target Virgil van Dijk after Southampton filed a complaint accusing them of tapping up their captain. According to the Telegraph, Van Dijk was flown to Blackpool for a meeting with Klopp, who later sent “regular messages” to the player. The following is a transcript of some of those messages.

Klopp (1:44 am): Virgil, I really want to see u again. When can we meet?
Van Dijk (8:39 am): Jurgen, this is Southampton chairman Ralph Krueger. Your contact with Virgil has been wholly inappropriate. We’re reporting you to the league.
Klopp (8:42 am): 🙁