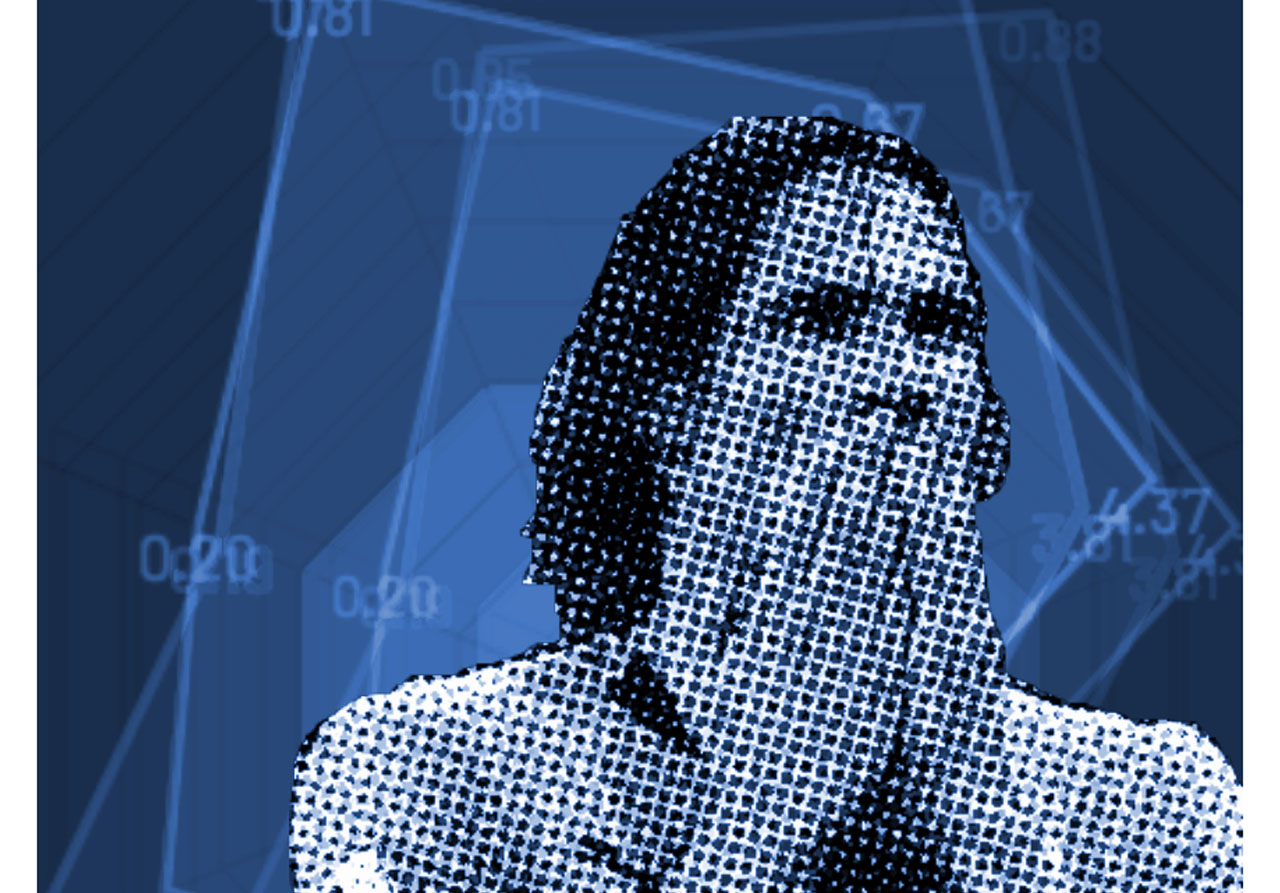 “Did you see that miss by Cavani…again?”

Chances are you’ve heard that sentence (feel free to sub Higuain for Cavani), uttered somewhere in your general vicinity. His epic fail compilations (plural is important here) on Youtube show lots of memorable misses in high profile Champions League games against Chelsea, Arsenal and Real Madrid. Because one of the ways human memory works is by recalling events in a narrative structure, those misses easily fall into the “he’s a choker (US)/bottler (UK) who can’t deliver on the biggest stage” or “Cavani’s a decent striker, but…”—storylines that are easy to follow. Through no fault of our own, it’s much harder to recall numbers even as gaudy as 170 goals in 246 games for PSG or 104 in 130 for Napoli. An invisible mountain of numerical evidence and we haven’t even gotten to the even more ephemeral (in terms of the ability to recall) fractions such as the world class numbers of 0.2 XG per shot or 0.6 non penalty XG/90.

Edinson Cavani, PSG 16-17. Awesome at generating shots from great positions. Scores about what you would expect him to. pic.twitter.com/MkWLecVZZh

People use those kinds of judgments based on experience, but ever since Nobel laureate Daniel Kahneman introduced the word “heuristics”—defined as “simple, efficient rules which people often use to form judgments and make decisions”—we now perhaps can see them in a new light. In the case of Edinson Cavani, the availability heuristic is of paramount importance:

“a mental shortcut that relies on immediate examples that come to a given person’s mind when evaluating a specific topic, concept, method or decision. The availability heuristic operates on the notion that if something can be recalled, it must be important, or at least more important than alternative solutions which are not as readily recalled.[1] Subsequently, under the availability heuristic, people tend to heavily weigh their judgments toward more recent information, making new opinions biased toward that latest news”

All of that is of course unfair to Cavani, who debuted in Serie A with a Marco van Bastenesque goal in 2007, that, due to the different media climate in the pre-Twitter era, fewer people saw.

The number of people who witnessed el Matador score a whopping 9 goals in 7 games in the U20 South American championship might be entirely comprised of Cavani’s family and apparently Palermo’s scouting department, who managed to sign him. Needless to say that the two biggest stars of said tourney were Alexandre Pato of Brazil (there’s a book to be written on him) and the great Arturo Vidal of Chile. If we want to be melodramatic, we could even say Cavani has been overshadowed since birth. He was born in February of 1987 in the town of Salto (population 80,000) two weeks after a certain Luis Suarez, whose shadow he would struggle to escape. That seemed par for the course for Cavani, whose goal-scoring prowess looks even more impressive having had to play right midfielder/winger next to the brilliant Diego Forlan and the aforementioned Suarez for his country. At club level, he was behind Serie A legend Fabrizio Miccoli but also journeymen such as Amauri and Abel Hernandez, which raises the question whether Cavani is a late bloomer. While that explanation might be tempting, it’s worth mentioning that Cavani was scoring 13-14 goals at ages 21-22 for Palermo before moving to Napoli and dropping 26/23/29 league goals plus 19 in Europe in his three seasons at the club as part of the Three Tenors with Marek Hamsik and Ezequiel Lavezzi.

That monster season, as Ted Knutson pointed out, earned him the move to PSG, where he would again have to play second fiddle to superstar Zlatan Ibrahimovic. To Cavani’s credit, he worked on his game and developed into a pressing monster, an intelligent defensive forward who can also make a large impact in the passing game in transitions, as we saw against Portugal.

His movement and intelligence are sublime, one of the reasons he so often ends up in good locations. All of which which makes his misses (about as many as other strikers) that much more memorable. The following video is a great learning opportunity for young strikers to see how Cavani uses body feints, makes multiple smart runs and anticipates plays way ahead of others.

Unfortunately, due to the availability heuristic, we mostly remember the misses. It’s not something you can help, since the heuristic is very useful from an evolutionary perspective, e.g . pattern recognition, a healthy dose of paranoia and overprotection against perceived threats. Our brain, that mysterious and elegant supercomputer, has the capability to always second guess its primal instincts and\or judgments, but such a method would be incredibly inefficient and impractical. Imagine you trying to weigh the probability of leaving your house and getting hit by a bus vs. just going out without a second thought, or a striker trying to weigh the possibilities of moving closer to goal to take better shot while he’s being hounded by two defenders. It would be an Oblomovian exercise in futility and probably less fun that Goncharov’s hilarious novel which has about 300 pages of the protagonist lying around in bed.

WYSIATI or what you see is all there is—that’s the name of a shortcut or heuristic that most of us use to make judgments such as to determine whether a striker is “a bottler” or “clutch”. It’s again much easier to recall the few memorable instances of Cavani missing a chance than to dig up some numbers showing that he performs as well as, if not better, than top strikers such as Harry Kane, Robert Lewandowski or Zlatan Ibrahimovic. 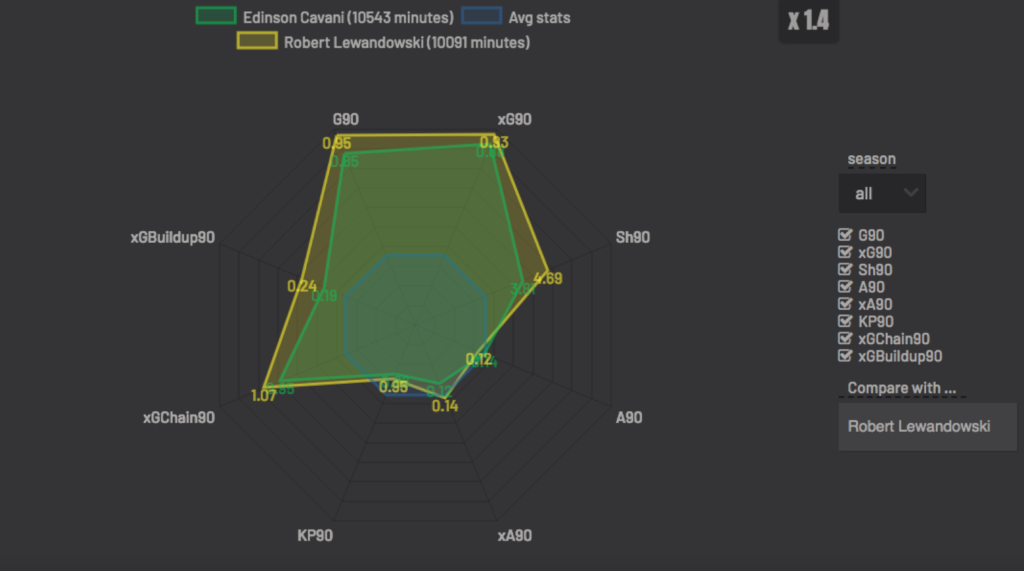 (Understat.com shows the advanced metrics on a per 90 basis – Cavani and Lewandowski look very similar) 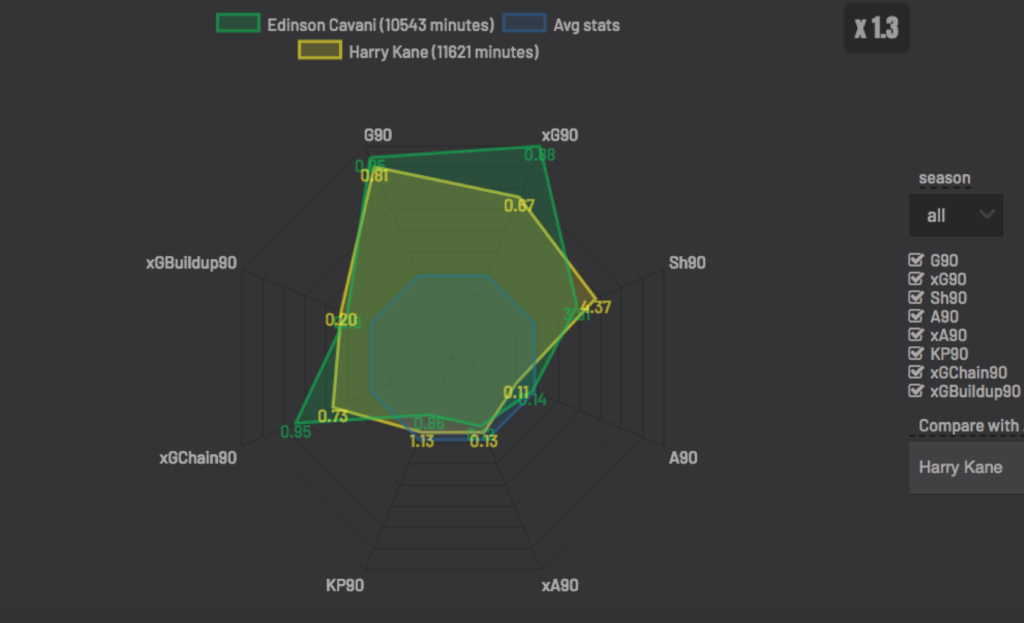 Wouldn’t it be the ultimate proof of our cognitive biases, if after the excellent brace against Portugal, Cavani’s coming out party, we suddenly decided that Cavani was a top 10 striker?

Such massive overreaction would of course be entirely normal given what we have learned from the work of Kahneman and Tversky. But, since it’s impossible and impractical to live our lives using only the analytical rational part of our brain (what Kahneman and Tversky call System 2) we take shortcuts (system 1 is responsible for these heuristics) and make quick judgments in situations of uncertainty. Perhaps the way out of this conundrum is what the contemporary thinker and in many ways an intellectual influence\friend of Kahneman, Nassim Taleb suggests:

“I am not capable of avoiding being the fool of randomness; what I can do is confine it to where it brings some aesthetic gratification.” Excerpt From: Nassim Nicholas Taleb. “Fooled by Randomness.”

Let’s then confine the enjoyment of Cavani to the football pitch, if we can.