HomeStoriesHow Sarah Silverman, Jack Black, and Will Arnett ended up in a Howler video

How Sarah Silverman, Jack Black, and Will Arnett ended up in a Howler video

What is going on here? 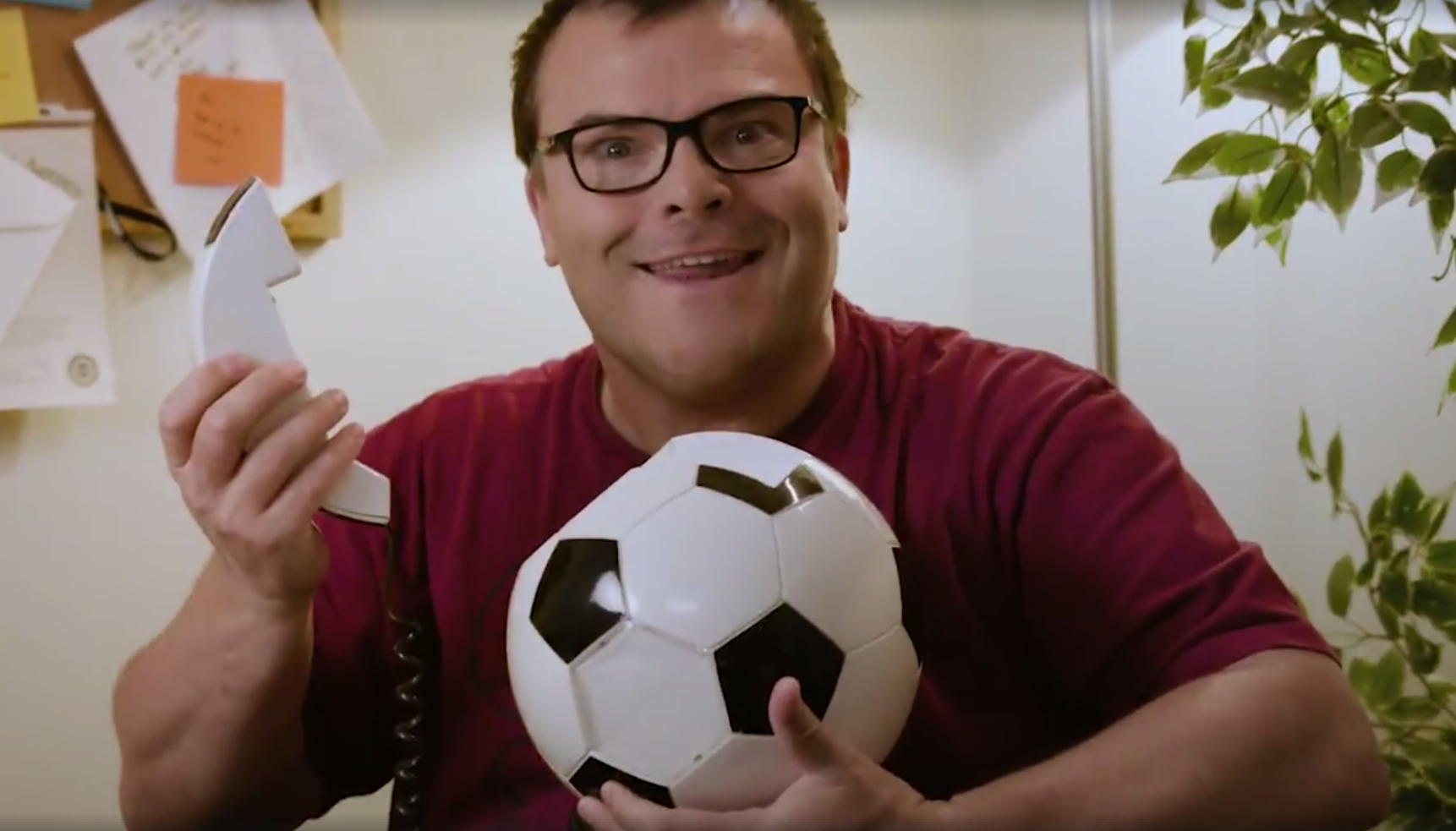 Yesterday we released a parody of those old-school Sports Illustrated football phone commercials that were all over TV back in the late 1980s. I think it’s really funny, and the Internet seems to agree:  [update: approaching 300,000!] people have watched it, and most of the comments on Twitter have been along the lines of, “That was hilarious,” followed immediately by, “How in the name of Gazza did you get all those famous people into a Howler commercial?”

So this note is A) a head’s up to go watch (and share) that parody if you haven’t seen it yet and B) an explanation as to how we got Sarah Silverman, Will Arnett, Jack Black, Adam Pally, Paul Downs, Alexi Lalas, and Guillermo from Jimmy Kimmel’s show to talk about a soccer magazine by way of C) a big announcement about Howler that I’m excited to share with you.

Let’s start with Point C. Last month, a company called Kovert Creative acquired an equity stake in Howler. This makes Kovert both a minority owner of and a partner in the business. Longtime readers know I’ve been the sole proprietor of Howler for a couple of years now, and while I’m proud of what the mag has become, I will also tell you that running a print magazine in 2017 is hard. With Kovert, I now have help from a company that does incredibly slick marketing, branding, and PR (among lots of other things). They have fresh ideas and know how to bring them to life. Kovert also does talent management, which is how (Point B) some of their hilarious comedian clients came to be in the parody. Evidently, they like the Kovert people enough to do a big time favor for a tiny soccer magazine that I’m sure none of them had ever heard of before.

Aside: Alexi is not a Kovert Client. He did the video as a favor to Howler—the most recent of many. I know he seems to enjoy all the trash talk people throw his way on Twitter, but every time I see it, I always kind of want to jump in and tell whoever’s hounding him that, hey, you must not realize that you’re berating one of the most generous people in soccer. I never do, but I will say it here. So, thanks Alexi.

A couple last things. Howler now has a lot more going for it in terms of creativity, energy, and manpower, but it’s still the small and scrappy outfit it has always been. I used to hear phrases like “equity stake” and see dollar signs, but this little company is no unicorn tech start-up—it’s still a print magazine (+ website, podcasts, etc) trying to make it in a world where people are accustomed to content for nothing and quality for free. I still worry all the time about paying the bills. Please continue to tell your friends, colleagues, neighbors, congregations, teammates, enemies, frenemies, and loved ones about the mag and encourage them to subscribe. As part of the Soccer Phone promotion, we’re offering 20% off with the code SOCCERBALLPHONE. Distribute this information to every last person you know 🙂

(I do realize that many of you paid full price for your subscriptions, and it can be a bummer to see a better price once you’ve already bought something. First, if you bought at full price and would like 20% off when you renew, boom, you got it. Email me when your subscription runs out and we’ll make it happen. Second, remember that paying full price doesn’t make you a sucker—it makes you someone who helps Howler stay in business. There is a TSA pre-check line to soccer heaven for people like you.)

This email has become much longer than I intended it to be. If you have any other questions, about anything at all, you can email me or say hey on Twitter.Thanks for paying attention to what we’re doing, reading the mag, laughing at our dumb soccer jokes, and doing what you do to make the game better here and everywhere.

Reffing Hell: Stuck in the Middle of a Game Gone Wrong