You win some, you lose some, you have to replay some 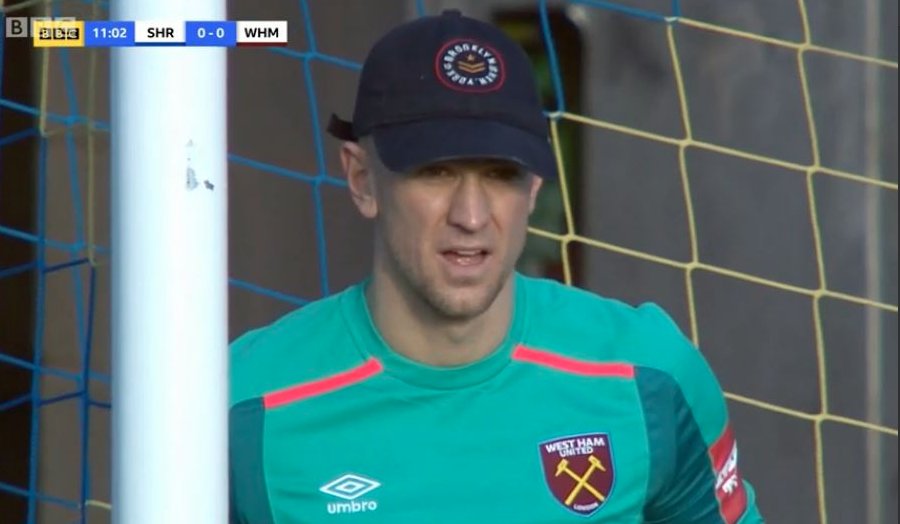 The sun was angry during West Ham’s FA Cup third-round visit to Shrewsbury and Joe Hart was unprepared. Perhaps preoccupied with the fact that he was making his return to the club where his career began, the shampoo spokesman quickly realized that he needed something to shield his eyes, so he appealed to the traveling West Ham supporters behind his net (because no one working for West Ham had one they could run out to him? Is this why clubs hire Tony Pulis?).

Gotta’ love that – Joe Hart asking the fans if anyone had a cap he can borrow because the sun is in his eyes! pic.twitter.com/cNji8rIlgN

A baseball cap was then tossed onto the pitch and Hart quickly put it on.

Joe Hart getting the cap from behind the Hammers goal 😂#COYI #FACup pic.twitter.com/cWtDl3jllE

It was not the freshest looking cap, but it surely did it’s job of protecting Hart’s eyes from the sun as West Ham and Shrewsbury played out a scoreless draw to force a replay.

But while Joe Hart gained a hat, teammate Josh Cullen lost two teeth thanks to a boot to the face. He also lost his shorts (because they were blood stained and he had to change them).

West Ham United's Josh Cullen gets kicked in the face and loses a tooth, #WHU physio goes to collect it.

The Magic of the FA Cup. pic.twitter.com/ckpEJAS1l9

First team debut to remember for Cullen. Front teeth smashed out then made to stand in your pants on national TV 🤣🤣🤣 pic.twitter.com/v4EXDsg6Nk

And if that wasn’t gruesome enough, Shrewsbury captain Mat Sadler suffered a gash on his head that left him looking like he was smashed by the world’s most devastating bird poop.

It's a great look by Mat Sadler.

So, yeah, a lot going on for a match effectively rendered meaningless by the result.