HomeDirty TackleMichael Carrick gets his name misspelled, nutmegged by his son at his own testimonial

Michael Carrick gets his name misspelled, nutmegged by his son at his own testimonial

When a tribute turns into a roast 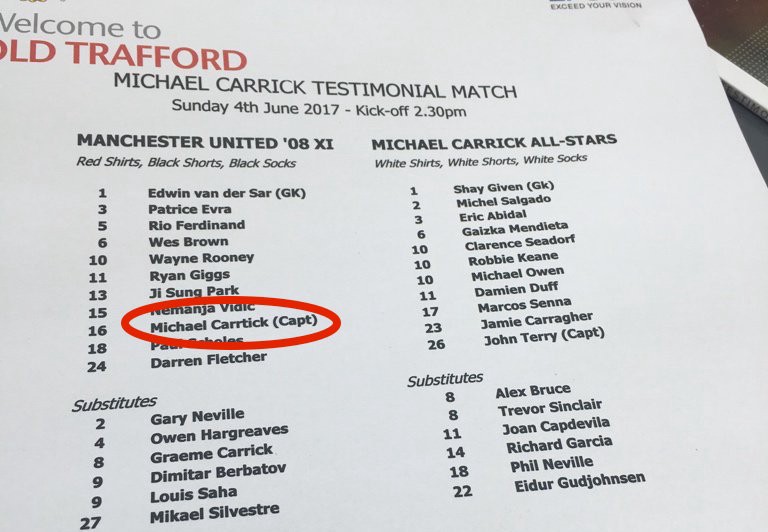 After 11 years with Manchester United, Michael Carrick was given a testimonial on Sunday that reunited him with many of his teammates from the 2008 Champions League winning side. Just because he was the man of the day doesn’t mean Carrick was treated all that special, though. First off, his last name was spelled “Carrtick” on the teamsheet, even though it was spelled correctly at the top of the page and for his brother Graeme, who was listed among the substitutes. (As Jack Grimse points out, Clarence Seedorf’s name was also misspelled.)

And as if that wasn’t bad enough, Carrick’s own son, seven-year-old Jacey, nutmegged his old man before the match began. Ice. Cold.

Things would get better for the elder Carrick, though. He went on to score the final goal in a 2–2 draw. Presumably to make up for the previous indignities.