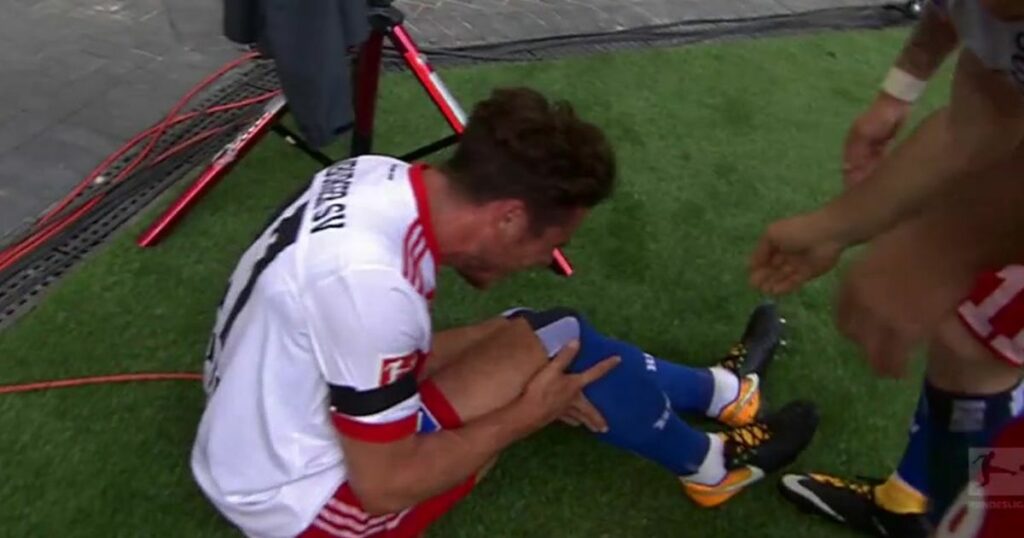 Hamburg’s Nicolai Müller scored the only goal in his side’s opening-match win against Augsburg in just the eighth minute. He celebrated his fast start to the season by doing an impression of an unwieldy helicopter and crash landed on top of the corner flag, clutching his knee. He had to be subbed off at that point and now it has been revealed that he ruptured his ACL, which will keep him out for seven months.

“The diagnosis has come as a huge shock to us,” Hamburg sporting director Jens Todt said. “It’s a serious blow to our season and obviously absolutely gutting for Nicolai.

“We wish him all the best in his recovery and will support him as best we can throughout it.”

There’s an important lesson here, though. Maybe after your first goal of the season, keep the celebration simple (and on the ground). As the season progresses and you get more and more practice celebrating goals, then work your way up to the Triple Salchow. Then again, if you’re a professional footballer it’s probably time to give up on the dream of becoming a figure skater all together.