Why bother with water when there’s beer right there? 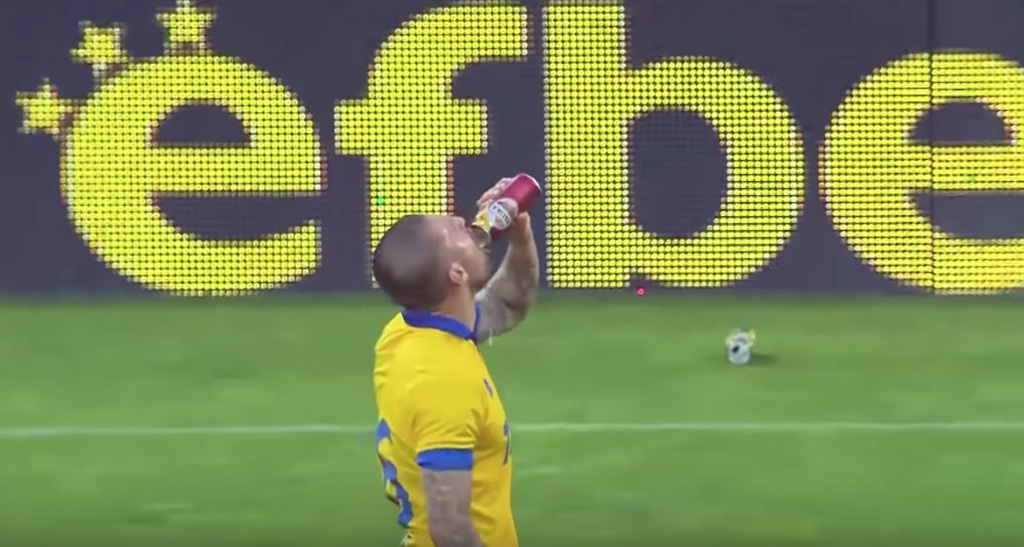 In the playoff final to decide which club would go on to the Europa League next season, tensions were high as Levski Sofia hosted Vereya. So high that fans threw cans of beer onto the pitch during the first half. Not one to let beer go to waste, Vereya defender Ivan Bandalovski picked up one of the cans and poured its contents into his mouth, then spit it out.

Later, with Levski up 1–0 in the final moments of added time, Bandalovski scored the equalizer that sent the match to extra time. Because when beer hits your lips, you develop superior abilities. This is science.

Levski went on to win in a penalty shootout, beating Vereya 9–8 after missing two of their first four shots (Bandalovski make his, naturally).

Anyway, Levski fans should be banned for wasting beer. Unforgivable.