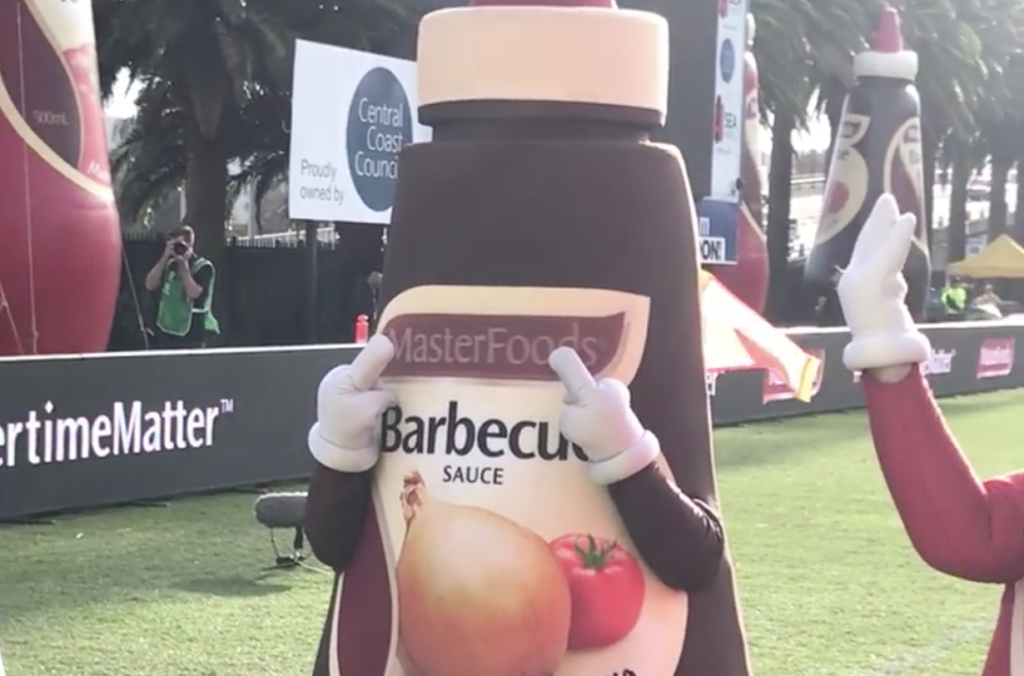 Newcastle Jets supporters chanted “Who are ya?” at ketchup and barbecue sauce bottle mascots during an A-League match at Central Coast Mariners. Ketchup took the chant in stride, egging on the visiting fans, but BBQ took a different approach by firing both middle fingers back at them.

The most damning banter on the day had nothing to do with walking condiments, though. On the ride into town, the Newcastle Jets drove right under a Central Coast Mariners billboard that read “The best road in Newcastle is the one out of it.”

According to Jets manager Ernie Merrick, this served as motivation to his team, who went on to beat the Mariners 5-1.

No amount of barbecue sauce can save you from that.