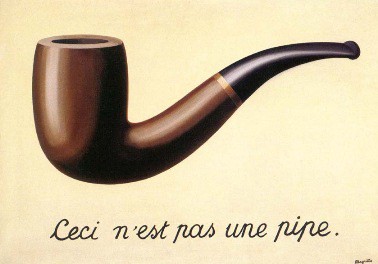 The Champions League final has come and gone, which means men’s soccer is now on its summer break and there are no stories to speak of. Consequently, everything must be a story. You didn’t really think the content mills would take a few months off, did you?

Normally that simply means we have to suffer through unfounded transfer rumours and concern trolling about how footballers spend their offseason. About which: fine. That is bad, uninteresting content, but it is easily tuned out. Over the weekend, however, Outsports somehow managed to conjure a coming out story from all this nothingness.

Here, for your consideration, is a picture of Lazio teammates Keita Balde and Patricio Gabarrón Gil:

This is not an interesting picture. Soccer media, in its desperation to subsist during the silly season, is full of pictures of men in swimsuits palling around near the pool every summer. The two players are not even holding hands. Their hands are next to one another’s. Balde’s appears to be in a fist. If Donald and Melania Trump held hands in this manner, we’d crack jokes about the erosion of their marriage. There’s a heart emoji in the caption, which might appear significant if one had never used an emoji before. Balde, who was tagged, retweeted the image.

There is, to be clear, no real evidence offered in support of this story. “They each posted on social media an identical photo that has people wondering if they are a gay or bisexual couple, playing a joke or just two guys showing affection and pushing boundaries,” Buzinski writes. The ‘people wondering’ formulation cleverly reformulates a hypothetical or unfounded question as somehow being of news value. Later, Buzinski reveals that this is basically just a theory of his: “The red heart and the two male emojis — one black and one white — could suggest that they are a gay or bisexual couple, but neither followed up with any detail or responded to comments on the post.” There is simply nothing here.

But that nothingness couldn’t slow down such a salacious story. If this speculation was simply being performed in the service of homophobia, it would be easily condemned. But the fact that this story was being driven by an ostensibly progressive outlet that seeks to create a welcoming environment for LGBTQ+ athletes gave it legs. Buzinski even reiterated some basic reportorial tenets. “Until the men declare their sexual orientation we can assume nothing,” he wrote. “It is Outsports’ policy to not call anyone LGBT until they do it themselves in some concrete way.”

At best, he followed the letter of that policy as opposed to its spirit. Speculating on someone’s sexuality because they’re [generously] holding hands with a man isn’t outing, but it is a non-negligible assumption. Writing a story as if there was news value in the picture definitely assumes something about what was happening. It’s also a dumb assumption: men holding hands is not a meaningful indication of sexuality. Only a Victorian scold would think as much. Such an assumption advances a narrow form of heteronormativity that makes it harder for men of all sexual orientations to live their truths in public.

It matters that this descent into irresponsible fanfiction was done under the auspices of progressivism. This is the kind of reporting on LGBT sports issues that is so desperate for athletes to come out that it’ll conjure a story where there is little reason to believe there is one. But it’s ostensibly in service of the progressive cause! Were these people to come out, Outsports and other outlets would celebrate the occasion. [Howler, too, would be squarely in that camp.] But the crucial point here — and I can’t believe this has to be spelled out—is that these people have given no reason to believe that they’ve come out.

In his initial post, Buzinski said he “tweeted some questions to both that have so far gone unanswered.” At that point in the story, the responsible journalistic decision would have been to wait. Other outlets, I’m told, reached out to the club for clarification. It is insane that reporters have to ask a club for what a picture of two men nearly [but not even] holding hands near a pool means in 2017 is utter madness—the sort of gay panic that all parties involved would normally distance themselves from—but here it was the closest anyone came to responsible reporting. Most outlets rightly concluded there was nothing, but Outsports persisted and paved the way for the rest of this fabrication.

This must be the first coming out in European football. Could be the last one too if the consequences are sad for the couple. https://t.co/4AeT12WrpX

Here’s a small hint about sexuality: If people want you to know about their sexuality, they will tell you. When an active, male European soccer player comes out, it will likely not be a stealthy affair. Past experience has shown that male athletes normally come out in carefully coordinated releases. Maybe someone will break the mould, but trying to perform deep textual analyses of Snapchat screengrabs in search of something unlikely then proceeding without confirmation is madness.

What happened here may not rise to the level of maliciousness, but it’d be a mistake to call it well intentioned. Self-identified decent, progressive, and inclusive people can do real harm. That they don’t set out to do harm is not really the point. This sort of gay panic and speculation makes it harder for heterosexual men to express their friendships and harder for gay men to live in this world; if you hold hands with someone—even if they’re gay—no sane person should draw conclusions about your sexuality.

What happened here was not well-intentioned; it was a circuitous decision that used the author’s progressive bona fides as a sort of guarantee that he could do no wrong. That’s not actually how anything works. No identity shields you from the repercussion of your actions. Everyone who unquestioningly shared this story should also think about what their behavior indicates. If you’re so desperate to accept gay pros in soccer that you cannot even wait for them to come out, you are not doing as good a job at allyship as you might think. Focus on creating a welcoming environment in fandom as opposed to obsessing about Keita Balde. Progressive media can fuel its own kind of gay panic, and that’s exactly what happened here.

And for all that, it turns out the original photo wasn’t even of a pair: