The hooligans will be too busy laughing to beat anyone up 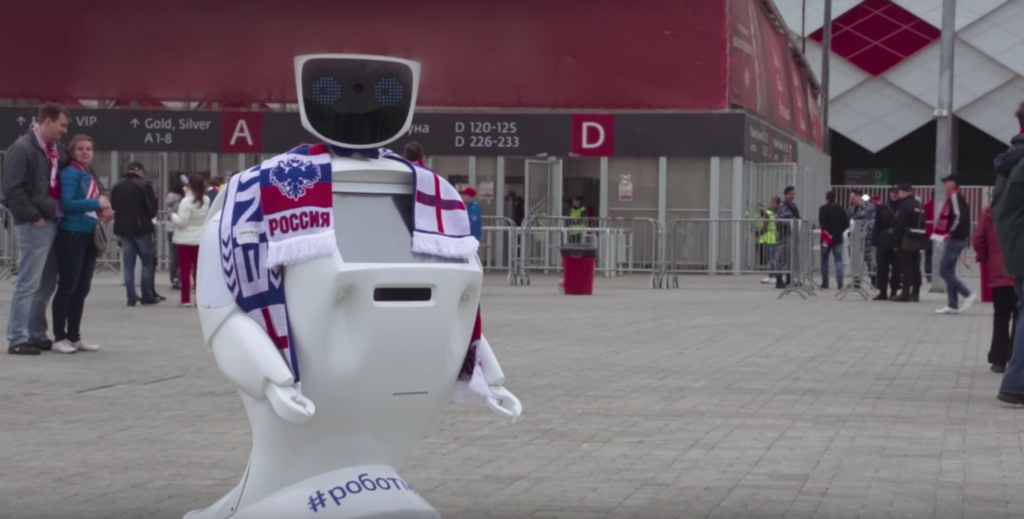 The violence perpetrated by roving bands of Russian hooligans at Euro 2016 in France raised serious concerns about what dangers the 2018 World Cup holds for anyone who attends. English fans, in particular, were targeted in France and the Russian hooligans have warned that the World Cup will be a “festival of violence” for them. But the Moscow Technological Institute has come up with a solution: An effete, bowtie wearing robot named AlanTim—a combination of the two least intimidating names in the English language.

“My name is AlanTim, I work as a lecturer in Moscow Technological Institute,” the robot says in the video above. I read on the internet that many English fans have doubts regarding the safety of visiting Russia. You have nothing to worry about. I will stand up personally for your protection.”

At this point, I laughed so hard that I nearly choked to death.

AlanTim continues: “I promise to accompany you in Moscow and protect you from any problems.”

“I can immediately contact the police, resolve the dispute on the logical ground, and even anticipate a conflict based on the emotions of people around me.”

Because football hooligans are well known for responding to attempts at peaceful resolutions based on “the logical ground.”

I mean, look at this thing…

The only way AlanTim is going to help English fans in danger is if it shoots lasers from its eyes or takes long enough to be destroyed to let the hooligans’ human targets run away.

There is no way AlanTim survives the 2018 World Cup.