How firing the manager impacts a struggling team

What it feels like to be in the dressing room when the chairman storms in, fires your manager and resets everything

Rain pattered against the roof over the main stand as the floodlights burst through the ink black sky to saturate the pitch. A legion of boots clacked against the concrete and thumped upon the artificial turf walkway that leads back into the dressing room before the worn, wooden clubhouse door screeched open.

It was just another night in the dressing room after training for Lindome GIF. Until it wasn’t.

Suddenly, the door slammed. The club chairman strode resolutely into the dressing room as everyone sat in their towels, fresh from post-training showers, or threw darts erratically at the dartboard. He stood firm and tall, his thumbs tucked into his tool belt that wrapped around his cargo shorts. The construction company owner by day boasted an ever-present snus that hung out of the corner of his mouth as he barked at the team in Swedish with a fury of gestures.

The season had started well for the club, albeit before I got there, as they shot to fourth place—a couple good results back from the promotion places—entering the second half of the season. Since my arrival in July, however, things had gone poorly, as we promptly lost five games on the bounce and plummeted down the table.

On the night of the chairman’s surprise appearance, despite coming on the heels of an unexplainable 2-0 away loss to then-bottom Höganäs, training had followed a standard course. There was 5-v-2 and some banter, a passing pattern, a possession-based drill, and some small-sided play. Nothing seemed out of the ordinary. Sure, our results had been woeful and quite frankly painful to experience, but my career never lent me the experience of a relegation battle, nor the consequences that often accompany it. In America, coaches come and go. Sometimes clubs sack them. Sometimes they mutually part ways. An owner rarely intervenes smack in the middle of the season because, well, there is always next year. In the reality of promotion and relegation, however, time waits for no one, especially not next season.

I looked around and attempted to read body language, but everyone sat expressionless and as cold as the black-and-white tiled walls that locked us in that moment. It looked like a principal ripping into a group of middle school delinquents. I leaned over to Viggo Alexandersson, the 19-year old tricky winger (with a 10-year old’s face) who sat next to me, and quietly asked him what on earth was going on. He explained with a whisper, as his eyes darted frantically back and forth between the owner and myself, that the owner just sacked our manager and “expected the group to prove that he made the correct decision.”

Our now-former head coach stood helpless in the corner and looked on silently. In that moment, I genuinely felt for him. He coached with clear and apparent passion for the game and the club. Sure, we were piss-poor from a results standpoint in the past last five games, but our possession-dominating performances deserved more. Lindome had offered him his first head coaching job at the professional level, and he lasted merely four months at the helm. The board afforded him no mercy whatsoever. In almost every situation where a coach’s job rests fragile and vulnerable on the chopping block, I believe that players deserve some amount of blame. Yet, none came our way that night. The door slammed. That was that.

When we arrived to training the next day, the dressing room was heavy with expectation and the weight of the unknown. For so long, many of the players knew exactly what to expect from training: what corners they could cut, how little effort they put in to post-training runs, what the boss required of them, and whether or not he all-but-guaranteed them a spot in the starting 11 every week. After dropping all three points for a few games on the bounce, despite our performances, players started to lose inspiration in training. Shoulders slumped. Fingers pointed. The buck was passed. Every day felt like a drag. I couldn’t tell you which came first, the chicken or the egg, but they undoubtedly happened together. Aside from the enjoyment I felt in our possession-based, risk-everything style, I wondered if I had walked into a nightmare. When I left Charlotte, I hoped to advance my career through promotion into the third tier with Lindome, not plummet into the further obscurity of the fifth. 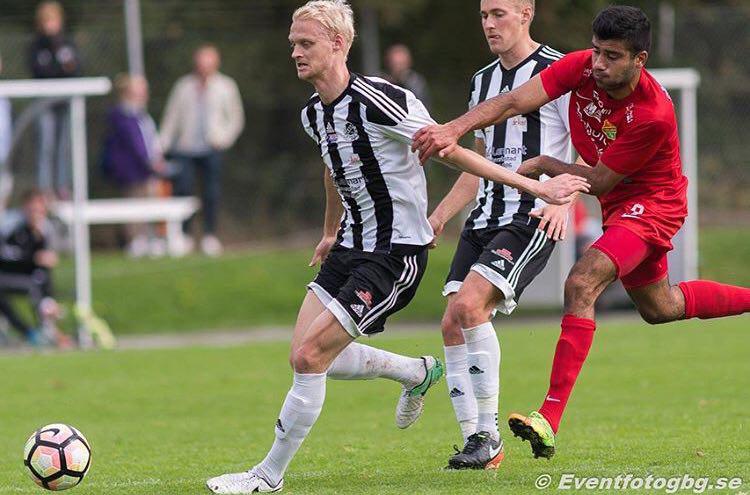 Everything felt fresh in the moments that proceeded our next training session the day after the chairman’s rant. A dose of jolting drama flooded that same dressing room where the assistant coach took the reigns just 24 hours prior. Immediately, we tinkered with formations,  3-6-1, 3-5-2, and 3-4-3 replacing the humdrum nature of the 4-3-3 that we strictly adhered to previously. New tactics and new opportunities bore a newfound intensity and commitment, which replaced the steadiness that had characterized my first month of training. Players who once had no chance of getting a game under the old manager were filled with renewed sense of hope and optimism. Those who once strolled through sessions now felt the pressure of uncertainty over their place in the starting 11. Late tackles flew in. Arguments boiled over into pushing and shoving and training ground rows. Balls were punted after losses in small-sided games. No one mentions these kinds of things in the dressing room, but we all felt it tangibly—the club was alive again.

I find it slightly sad that a club and group of players wait for a manager’s dismissal before they ramp up their effort and commitment time and time again across the world of football. Coaches are real people with real jobs, but players never feel guilt over a sacked manager. At the end of the day, in that moment of change a footballer either slumps in harrowing fear over a potential drop in playing time or leaps with hopeful expectation for a new chance. Football is about winning—always has been, always will be—and win we did under new management. Would we have righted the ship under our old manager? Perhaps, but we will never know.

As a young player, I championed pro/rel football from within the safety net of the American college soccer system, but I never appreciated nor understood the genuinely triumphant joys and heart-wrenching losses that it produces year after year. Sure, it sucks to lose in the NCAA tournament, but there’s always next year when you have a locked-in, four-year scholarship deal. In the rest of the world, the players decide the price they pay every day, both for the sake of their own careers and the longevity and trajectory of their club. If you want to make it, you better be ready to pay up. That is how the world works, and that is what the world of professional football demands.

Previously—Moving down to move up: The humbling travels of a professional soccer player