Isn’t being a German goalkeeper facing an England team enough?! 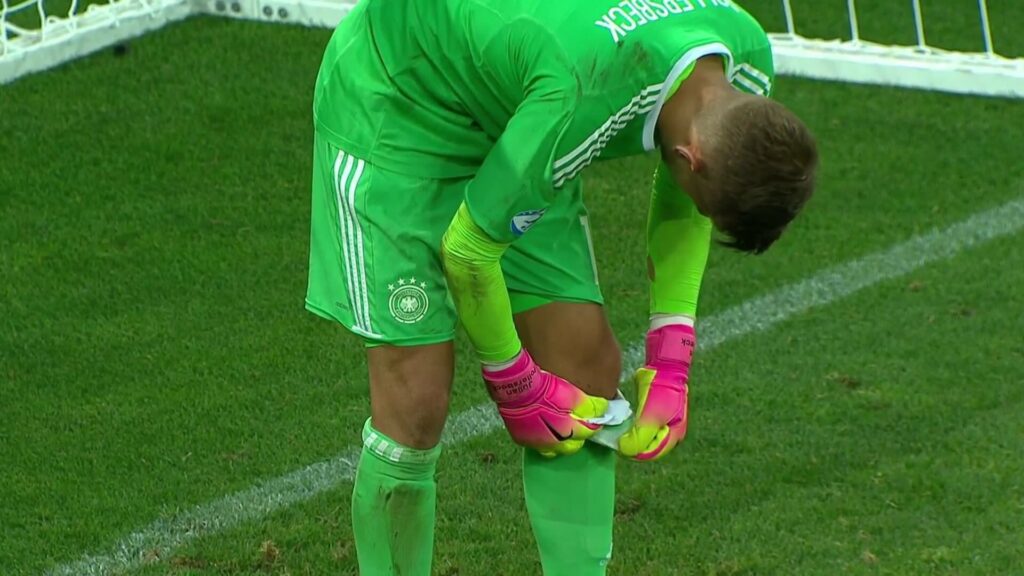 The most reliable occurrence in football—Germany beating England on penalties—has happened once again, this time in the semifinals of the U-21 European Championship. But since these were young players who are still learning the ways of the world, there was apparently some doubt at play, resulting in Germany goalkeeper Julian Pollersbeck consulting a cheatsheet he kept in his sock before saving two England penalties.

After each side scored two goals apiece during the first 90 minutes, Germany, Pollersbeck made the difference as Germany won the shootout 4-3. Of course, he didn’t really need his cheatsheet, though. His Germanness was more than enough to get the job done.

Oh, and just in case any clubs out there were thinking they might make a run at Pollersbeck now, HSV have offered a reminder that they’ve already snapped him up. His cheatsheets, too (presumably).