A peek inside the nicest Adidas display case in London

Mesut Özil gave Hypebeast a tour of his London home and a few things stood out amidst the requisite wall of shoes and driveway full of cars that cost more than most houses.

First: His array of guest sandals. 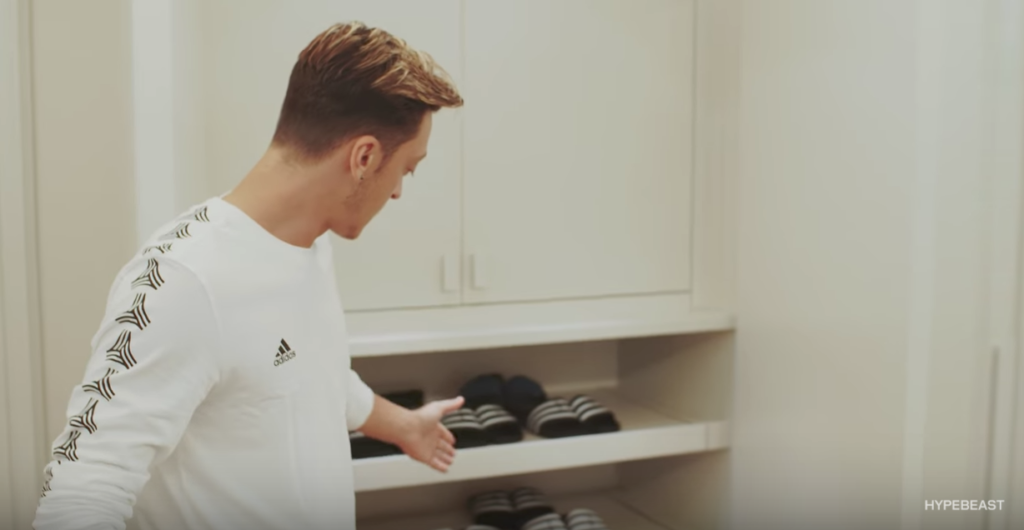 It can be customary to take your shoes off when you enter someone’s house and Özil has a selection of Adidas sandals for his guests when they do so. How nice. And on brand.

Next: His badass sultan art.

Özil also showed off his painting of Ottoman Sultan Selim III, but Özil says “he conquered the city—Istanbul.” But that was Mehmed II, who lived 400 years earlier than Selim III. Whoever is selling Özil his sultan art is lying to him.

Historical inaccuracies aside: The doors in Özil’s house have his own personal logo on them.

Can you tap a door in your house and say “This is my logo”? I didn’t think so.

And if you’re not impressed with that: LIGHT-UP STAIRS.

Yes, Mesut Özil has light-up stairs in his house. This is incredible. It must feel like you’re ascending up into the heavens when you go to second floor.

From there he shows off all his shoes and cars and designer clothes, which, to be honest, is where it gets boring. I’d rather see more sultan art and unusual lighting. Surely Nicklas Bendtner’s house has plenty of both.