Promoting a charity match with a bit of humor and creativity 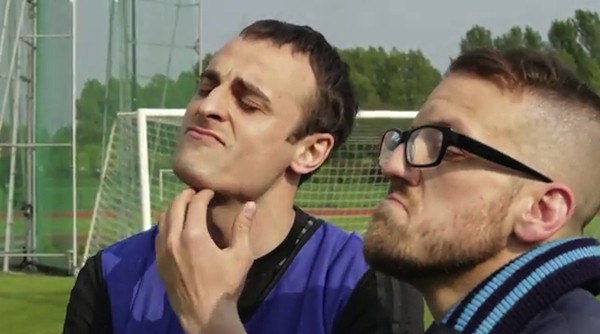 Dimitar Berbatov’s love of The Godfather has been well documented. He’s said he learned English by watching the films, he debuted his exceptional impression of Vito Corleone a few years ago, and he’s even done drawings of the character. During his season without a club, it seems Dimitar has been further refining his “Don Berbatore” character for a scene with his seven-year-old daughter, Dea, to promote an upcoming charity match he’s hosting with Luis Figo.

Berbatov reworks the opening scene of the first Godfather film, where Bonasera the undertaker asks the Don for a favor on the day of his daughter’s wedding. And it’s genuinely quite clever. For example, instead of a cat, The Berba strokes his Premier League golden boot award. Watch:

Another few years without playing football and he’ll probably recreate the whole trilogy. Maybe Francis Coppola will see this and take a stab at a Part IV with Berbatov in the lead role.