Spartak Moscow fans add a new weapon to their repertoire 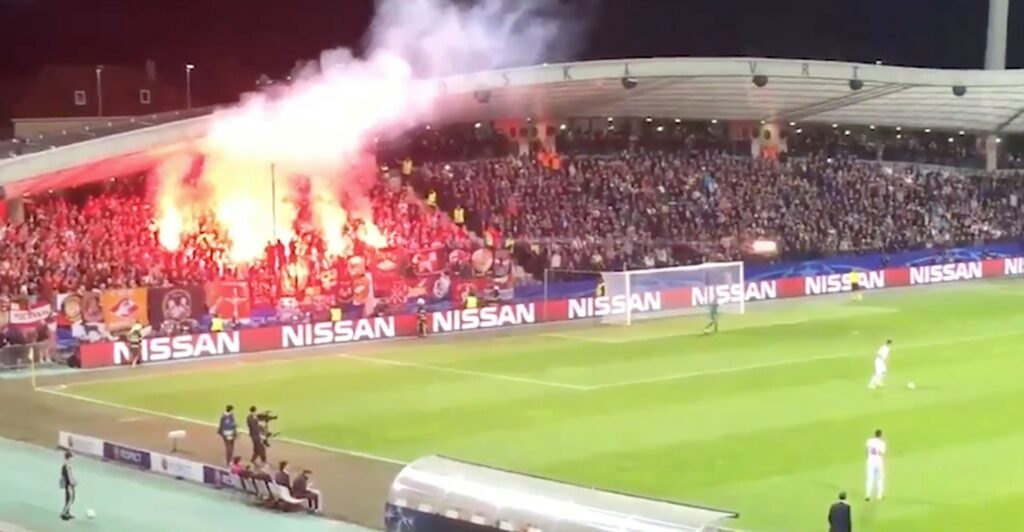 Russian hooligans demonstrated their brand of government supported violence at Euro 2016 and their racist ways just about everywhere else, prompting the Moscow Technological Institute to create a dorky robot to try and protect foreign visitors at next year’s World Cup. But not even AlanTim can save referees from getting shot at with flare guns, which is what happened during the 1-1 draw between Maribor and Spartak Moscow in the Champions League.

Spartak Moscow fans almost hit the ref with a flare during the match vs. Maribor pic.twitter.com/p3XbTwQSIH

During the first half, a flare was launched from the raucous away end occupied by Spartak supporters and it very nearly hit the referee as he stood halfway up the pitch.

It will almost certainly earn a hefty punishment from UEFA, and raise questions as to how someone was able to smuggle a flare gun into a Champions League match. It could also mean they’re gonna need more robots at the World Cup.