One last Q&A for the retiring Brazilian legend 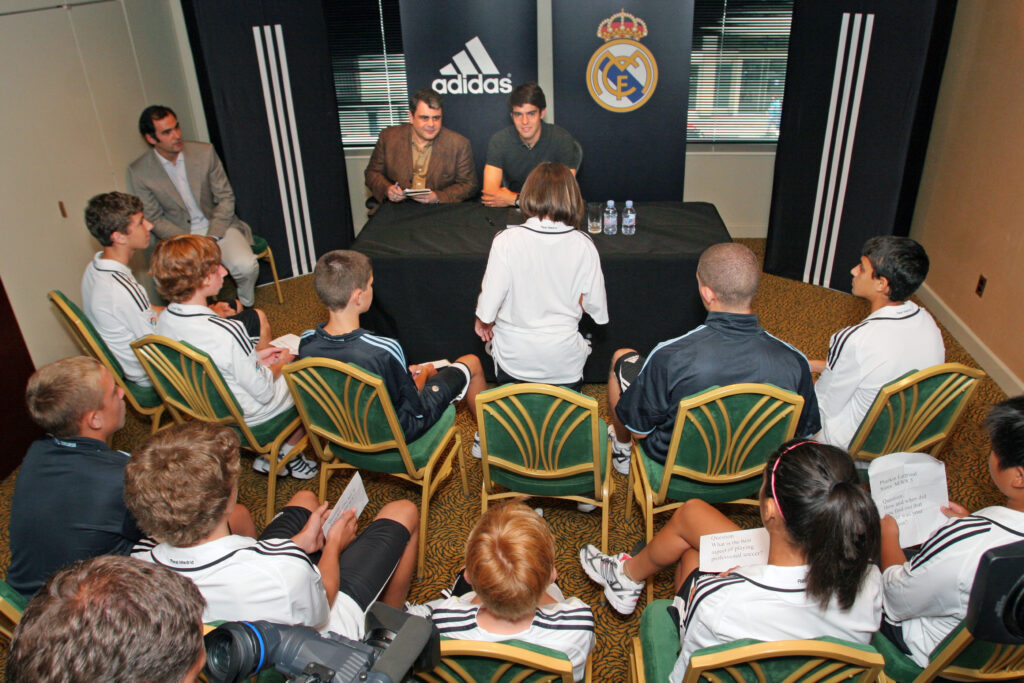 Kaka announced his retirement earlier in the week, ending a storied career that in which he won Serie A, La Liga, the Champions League, World Cup, and a Ballon d’Or. To mark the occasion, he was kind enough to answer the questions of school children one last time. The following is a transcript of that event.

Kaka: Good morning, children! The end of my footballing career is a very emotional moment for me, but I am so happy to spend this time here with you. Now, who has the first question?

Denis: Hi, Kaka. My name is Denis and I’m seven years old. I love football and I watch every Champions League match. Who are you?

Kaka: Heh, thank you, Denis. I guess some of you might be a little young to remember when I played in the Champions League. I won the Ballon d’Or before some of you were born! Maybe when you go home you can look me up on YouTube. That can be your homework today! Who’s next?

Mary: Hi, Kaka. I’m Mary and I want Brazil to win the World Cup. I have two questions: Number one, what do you plan on doing when you’re retired? And number two, do you ever feel bad about not giving your Ballon d’Or to Cristiano Ronaldo or Leo Messi because they deserve it more?

Kaka: Well, those are two very different questions, Mary! Thank you. To answer your first question, I don’t know what I’ll do now. Maybe I will help teach young footballers or do charitable work. I would love to give something back to the game, but no, I don’t feel bad about not giving my Ballon d’Or to Cristiano or Leo. They are both spectacular players, but in 2007 the voters felt I deserved the award and I am very thankful for that. Is there another question out there?

Dwayne: Hi, Kaka. People call me Dwayne and I collect toenails. Since you belong to Jesus, how much does he pay you?

Kaka: Haha! That’s an interesting question, Dwayne. Jesus doesn’t pay me in money, he blesses me with love and all the good things in my life.

Dwayne: Do your image rights also belong to him?

Dwayne: My dad says you should never give away your image rights. You should probably get a new agent and renegotiate.

Kaka: Your dad sounds very smart, Dwayne, but Jesus and I have the best deal in the world- anyway, who, uh, who has the next question?

Sasha: Hi, Kaka. My name is Sasha and I’m a goalkeeper. Is Santa Claus real?

Kaka: Of course, Sasha. That’s not…that’s not the kind of question I expected to answer today, but if you believe in him, he is real!

Sasha: Then, for Christmas, I’ll ask him to get Jesus to pay you in money so you can buy food and clothes for your family now that you don’t have a job anymore.

Kaka: Thank you, Sasha, but, again, I have everything I could possibly need, and more. You should ask for toys instead! Or maybe world peace. Any other questions? Maybe one about my career?

Herbie: Hi, Kaka. I’m Herbie and I like toast. Now that you’re retired, are you going to pretend to start an MLS team like David Beckham?

Kaka: I, uh, I don’t think David is pretending, Herbie. But yes, I would love to own a club one day. A real club. Like David will have…eventually. I think. Let’s have just one more really good question, children, preferably about my career, and then I must be going…

Dwayne: Hi, Kaka. My name is still Dwayne and I also collect fish guts. Can you get Messi or Ronaldo to come and answer questions instead?

Dwayne: No, my dad says they belong to the Spanish government.

Kaka: You’re right, children. And you know what, you’ve taught me something today. That I might not have been as good as Cristiano Ronaldo or Leo Messi, but at least I paid my taxes. And I won a World Cup. So, thank you, children. Thank you and goodbye!

Denis: Bye, Kaka! I still don’t know how good you were, but you seem nice, so I’ll miss you!